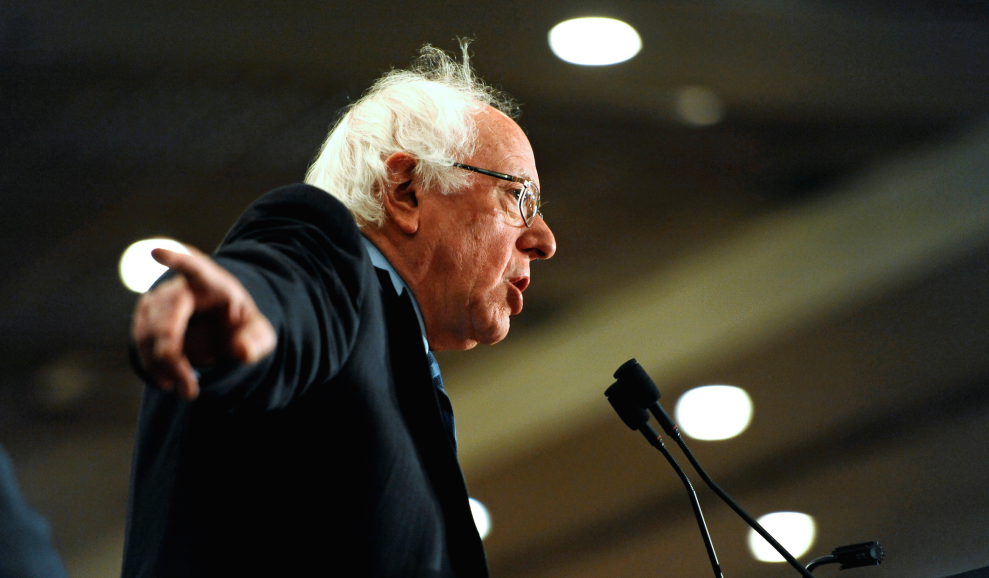 Sen. Bernie Sanders is refusing to apologize after a group of his supporters sparked chaos over a dispute on convention rules and delegate eligibility at the Nevada Democratic Party convention on Saturday. The uproar reportedly involved violent behavior and death threats directed at party leaders.

“Within the last few days there have been a number of criticisms made against my campaign organization,” Sanders said in a statement released on Tuesday. “Party leaders in Nevada, for example, claim that the Sanders campaign has a ‘penchant for violence.’ That is nonsense. Our campaign has held giant rallies all across this country, including in high crime areas, and there have been zero reports of violence.”

A defiant Sanders then went on to blame Democratic leadership for using “its power to prevent a fair and transparent process from taking place.”

His response follows multiple reports of angry Sanders supporters flipping chairs at the Paris Las Vegas Hotel event and growing evidence of violent texts and voicemails that targeted Nevada Democratic Party chairwoman Roberta Lange and her family. (A few of those disturbing messages, which include calling Lange a “corrupt bitch,” can be heard here.) Some supporters even talked about “guaranteed fires” taking place at July’s Democratic National Convention in Philadelphia.

“This group of about 100 were very vocal and I can’t describe it,” Sen. Barbara Boxer (D-Calif.), who was present at the convention, told CNN. “Disrespectful doesn’t even explain it, it was worse than that.”

Senate Minority Leader Harry Reid expressed his disappointment in Sanders’ response, saying he was “better than that.”

“Bernie should say something—not have some silly statement,” Reid said. “Bernie is better than that. I’m surprised by his statement. I thought he was going to do something different.”

Earlier on Tuesday, while campaigning in Puerto Rico, whose Democratic caucus will be on June 5, Sanders dodged a reporter’s question about his supporters’ behavior by turning his back and walking away.