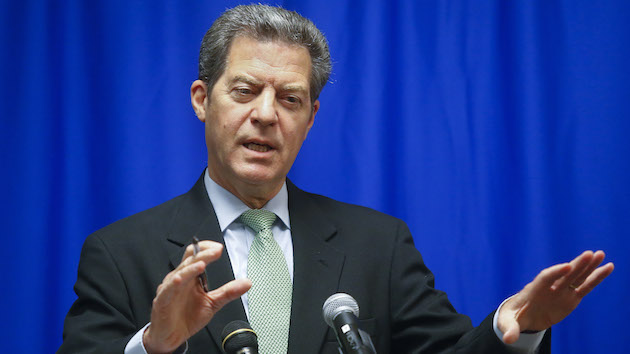 Kansas Gov. Sam Brownback announced on Tuesday that Kansas is withdrawing from the federal government’s refugee resettlement program over concerns that Syrian refugees could be security threats.

“Because the federal government has failed to provide adequate assurances regarding refugees it is settling in Kansas, we have no option but to end our cooperation with and participation in the federal refugee resettlement program,” Brownback said in a press release.

Brownback had already issued an executive order in November stating that “no department, commission, board, or agency of the government of the State of Kansas shall aid, cooperate with, or assist in any way the relocation of refugees from Syria to the State of Kansas.” Tuesday’s announcement would apply to refugees from any country. But while the move sounds drastic, it’s mostly a symbolic act that will have little on-the-ground impact for refugees or public safety.

For one, pulling out of the federal resettlement program doesn’t mean refugees won’t be allowed to live in Kansas. While Indiana and other states have tried to bar Syrians from entering their borders, they aren’t actually able to do so. Like any other visa holders, refugees are able to go anywhere in the United States they’d like. It also doesn’t mean that support for refugees who are currently living in Kansas or may move there will dry up. The funds that state agencies use for refugee aid are almost entirely federal money, and the Department of Health and Human Services retains control over the funds even if state employees or agencies don’t take part. In those cases, Health and Human Services simply appoints another organization to administer the money. “This is the situation in some other states, usually because their resettlement program is very small,” says Stacie Blake, the director of government and community relations at the US Committee for Refugees and Immigrants, one of the nonprofit groups that resettles refugees. “The money is not ‘lost.'”

According to data from the State Department, only five Syrians have settled in Kansas since October last year.