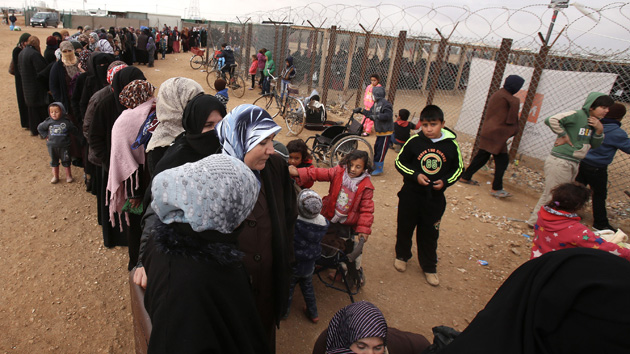 The United States and some other rich nations need to step up their game when it comes to helping millions of Syrians fleeing their country’s brutal civil war, according to a new study released this week by international aid group Oxfam.

Since 2011, about 250,000 people have been killed and 11 million more have fled from their homes amid fighting between the government of Syrian President Bashar al-Assad and the country’s rebel groups. On Thursday, the United Nations is co-hosting a conference in London to raise money for Syrians who have been affected by the crisis.

Ahead of that conference, Oxfam crunched some data to figure out how much the United States and other rich countries donated in 2015—and whether, based on the relative size of their economies, they gave their “fair share” of the $8.9 billion total that Oxfam says was needed. For many of the countries, Oxfam found, the answer to that second question was a resounding no. The United States, for example, donated $1.56 billion in aid last year, more than any other country. But with the world’s biggest economy, its “fair share” contribution should have been more than $2 billion, according to Oxfam—and it only gave 76 percent of that. Russia and France, which have also been deeply involved in Syria’s civil war, were relatively stingy, too. By contrast, Kuwait, a smaller country, gave 554 percent of its fair share by donating $313 million in aid.

Oxfam also evaluated whether countries have pledged to take in their fair share of Syrian refugees—again, based on the size of their economies. Oxfam has called on rich countries to resettle at least one-tenth of refugees living in Syria’s neighboring countries—about 460,000 people—by the end of 2016, but notes that to date they have only collectively offered to resettle 128,612 people. Since 2013, the United States has agreed to take in only 7 percent of what Oxfam deems to be the country’s fair share of refugees.