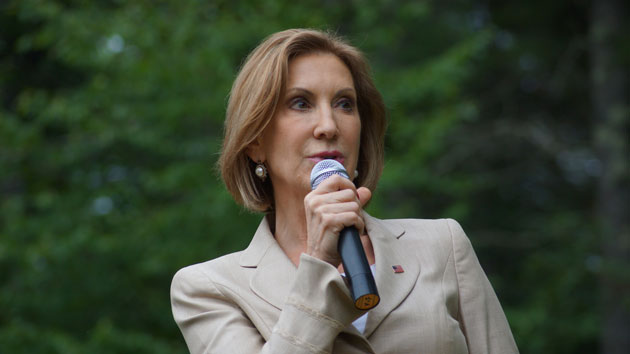 Ted Cruz may be mathematically eliminated from clinching the Republican presidential nomination before the convention, but that didn’t stop the Texas senator from announcing a running mate on Wednesday: Carly Fiorina, the former CEO of Hewlett-Packard. Fiorina, who dropped out of the Republican presidential race after the New Hampshire primary and previously lost a US Senate race in California, is a notable pick not just because she is a woman, or because she previously criticized Cruz for saying “whatever he needs to say to get elected,” but because of her past experience—she would be the first vice president in 76 years to have ascended to the post without previously holding elected office.

The last time a major party picked a vice presidential nominee without legislative or gubernatorial experience was in 1972, when Democrat George McGovern chose Sargent Shriver, who had previously run the Peace Corps and worked on President Lyndon Johnson’s “war on poverty.” But you have to put an asterisk next to that, since Shriver was chosen only after McGovern’s original running mate, Sen. Thomas Eagleton, resigned amid reports about his previous mental health treatments. Four years earlier, Alabama Gov. George Wallace selected as his running mate Air Force General Curtis LeMay, but Wallace, a longtime Democrat, had chosen to run (and lose) under the American Independent Party.

To find a running mate with no experience in elected office who actually won, you have to go back to 1940, when Franklin D. Roosevelt named Agriculture Secretary Henry Wallace as his second vice president, following eight years of John Nance Garner. Prior to that, Calvin Coolidge tapped Charles Dawes, President Warren Harding’s budget director, to be on his victorious ticket in 1924. Dawes had lost a Senate race 23 years earlier and written a hit song in the interim, before being dragged into the executive branch. Dawes himself seemed to recognize his lack of qualifications. “I don’t know anything about politics,” he said after being selected as Coolidge’s running mate. “I thought I knew something about politics once. I was taken up on the top of a 20-story building and showed the promised land—and then I was kicked off.”

But okay, both of those vice presidents had some experience in the executive branch. The last true outsider to win was in the 19th century. Prior to becoming James A. Garfield’s running mate in 1880, Chester A. Arthur had no political experience other than stints as port collector of New York City and chairman of the state Republican Party. In a nice bit of symmetry with Cruz’s campaign, Arthur’s future presidential campaign was marred by allegations that he was ineligible because he was born in Canada.