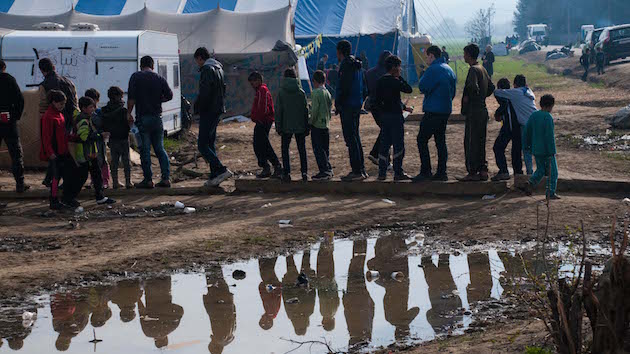 The latest episode in the national freak-out over Syrian refugees is playing out in South Carolina, where the state senate has overwhelmingly passed a bill that would create state refugee registry and require state law enforcement agencies to investigate incoming refugees.

“With the danger today of a terrorist infiltrating the refugee program, we have no other option than to enroll this information,” said Kevin Bryant, a Republican state senator who co-sponsored the bill, according to South Carolina’s The State newspaper. The bill still has to be passed by South Carolina’s House of Representatives and signed by Gov. Nikki Haley (R) before becoming law.

The United States has pledged to take in at least 10,000 Syrian refugees, a small fraction of the US’ overall refugee intake each year. Government officials say Syrian refugees are strictly and lengthily vetted, enduring a degree of scrutiny higher than any other group of people trying to enter the US. But after the terrorist attacks in Paris last November, governors and state lawmakers around the country tried to bar refugees from their states or restrict aid money and cooperation for people being resettled there.

The final version of the bill passed in South Carolina doesn’t try to cut off any funding for refugees, which the federal government and refugee resettlement groups say is illegal. Instead the measure would have the refugees’ sponsors submit information about the refugees to the state’s social services agency, which would pass the data on to state and local law enforcement agencies for additional (and unspecified) security checks. It also adds another layer of suspicion in a state where anti-Muslim rhetoric helped propel Donald Trump to a convincing win in the Republican primary there last month. But South Carolina is not alone; the New York state legislature is also considering a registry bill that would require fingerprinting and monitoring of refugees.