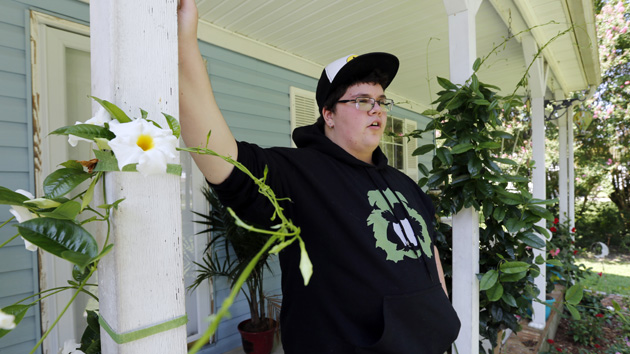 Update (4/19/2016): The 4th Circuit Court of Appeals ruled 2-1 on Tuesday, April 19, that Gavin Grimm could move forward with the case against his school board, arguing that its practice of prohibiting him from using the boy’s bathroom was discriminatory. The federal appeals court overturned a lower court’s ruling, which had granted the school board’s motion to dismiss the case and denied Grimm an injunction that would have allowed him to use the boy’s bathroom while his case moved through the courts. Following Tuesday’s ruling, North Carolina Gov. Pat McCrory said he would meet with attorneys to assess the ruling’s impact on HB2, the state’s sweeping anti-LGBT law, which includes a provision requiring transgender people to use public bathrooms based on their sex at birth.

The backlash against North Carolina’s sweeping anti-LGBT law has begun. The legislation, which Gov. Pat McCrory signed into law last week, strikes down all existing LGBT nondiscrimination statutes and bans transgender people from using some public restrooms. It has been denounced by major players in business and sports—from Apple and Facebook to American Airlines and the NBA—and the American Civil Liberties Union filed a lawsuit against it on Monday. Democratic presidential candidates Hillary Clinton and Bernie Sanders have also spoken out against it, while the mayors of San Francisco, Seattle and New York City have responded by forbidding nonessential state-funded travel to North Carolina.

But amid the high-profile protests, one of the best hopes to beat back North Carolina’s new law may be a 16-year-old transgender boy in neighboring Virginia.

The boy, Gavin Grimm, is suing his school board for preventing him from using the boys’ bathroom at his school—a policy he says is discriminatory and unconstitutional. A high school junior, he was born a girl but diagnosed with gender dysphoria in 2014, with a recommendation from doctors to live and be treated as a boy. For about two months, his school allowed him to use the boys’ bathroom, but after receiving complaints from parents, his school board adopted a policy that prevented him from doing so, saying he would have to use a private bathroom or the girls’ room.

He sued last June with help from the ACLU, saying the policy unfairly singled him out for being transgender and violated Title IX, a federal civil rights law that prohibits discrimination on the basis of sex in federally funded education programs. Though a district court ruled against him in September, the Obama administration has taken his side. “Where a school provides separate restrooms for boys and girls, barring a student from the restrooms that correspond to his or her gender identity because the student is transgender constitutes unlawful sex discrimination under Title IX,” lawyers for the Justice Department and Education Department argued in a friend-of-the-court brief in October.

The US Court of Appeals for the 4th Circuit, which also has jurisdiction over North Carolina, heard the case in January. Its ruling could come any day, according to Joshua Block, an attorney with the ACLU who is representing Grimm. The case marks the first time federal courts have considered whether such bathroom restrictions violate Title IX. If the appeals court sides with Grimm, it could have major implications for North Carolina, whose law also bans transgender people from using bathrooms that don’t match the sex listed on their birth certificates.

“Because those two legal issues are similar, whatever the court says in this case is likely to be an important precedent for what happens in North Carolina, too,” Block says. “It seems odd that North Carolina would rush through with a law like this when they know that a decision from the 4th Circuit in Gavin’s case could come any day now.”

North Carolina’s law has been called one of “the most sweeping anti-LGBT bills in the country,” since it also overrides local nondiscrimination protections for LGBT people and prevents municipalities from creating new ones. But many states are considering so-called “bathroom bills” this year. South Dakota’s legislature passed one in February before it was vetoed by the governor, and Kansas state lawmakers are mulling a bill that would allow students to sue their schools for $2,500 every time they encounter transgender classmates in the wrong bathroom. “Certainly this legislative session has the most anti-trans bills we’ve seen,” Chase Strangio, a staff attorney for the ACLU, told Mother Jones in February.

Gov. McCrory has been following Grimm’s case closely. Along the governor of Maine and four state attorneys general, he signed a friend-of-the-court brief arguing that Title IX protections don’t extend to gender identity. State Rep. Dan Bishop, a Republican who sponsored the North Carolina legislation, told the Asheville Citizen-Times that he disagreed with the Obama administration’s interpretation of Title IX, and added that even if the appellate court rules in Grimm’s favor, North Carolina officials will have time to modify their statute to ensure they don’t lose federal education funding. “This is something that takes a ton of time,” he told the newspaper.

Even if Grimm loses his case, North Carolina will face legal challenges. The ACLU’s Block notes that the Supreme Court ruled two decades ago, in Romer v. Evans, that it’s a violation of the Constitution’s equal-protection clause to prohibit nondiscrimination protections based on sexual orientation. The ACLU and two other advocacy groups filed a lawsuit Monday against McCrory, the state’s attorney general, and the University of North Carolina on behalf of two transgender plaintiffs and one lesbian plaintiff who say the new law is discriminatory. North Carolina Attorney General Roy Cooper, a Democrat who is running for governor this year, says his office will not defend the new law, which he has described as a “national embarrassment.” Again, the Obama administration seems to agree. “Like so many others across the country,” White House press secretary Josh Earnest told BuzzFeed, “we are concerned about the potential harmful impact of this law, especially on transgender youth, and believe it is mean-spirited and sends the wrong message.”