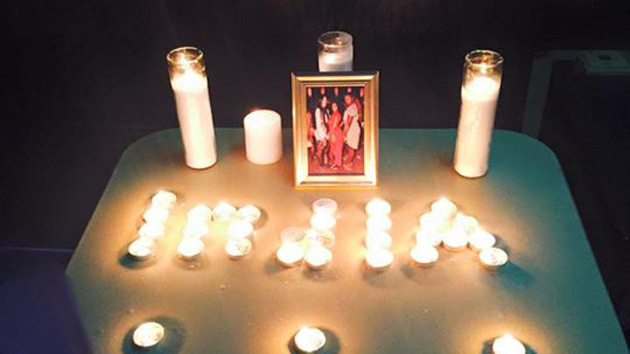 A memorial display at a vigil for India Clarke, a transgender woman killed in Tampa, Florida, in July Special For You and Me Inc./Facebook

At vigils across the country today, people are honoring the victims of fatal anti-transgender violence as part of an annual Transgender Day of Remembrance. At least 21 transgender people have been killed in the United States already this year, which is more homicides than any other year on record, according to a recent report by Human Rights Campaign. During the first six months of the year alone, more transgender people were killed than in all of 2014. Most of the victims were transgender women of color. So far, none of the attacks have been deemed hate crimes.

On Tuesday, a congressional task force launched in response to the “epidemic of violence against the transgender community.” The Transgender Equality Task Force, chaired by Rep. Mike Honda (D-Calif.), who has a transgender granddaughter, aims to understand the causes of anti-transgender violence and identify what the federal government can do to improve the situation.

Activists say it’s hard to know exactly how many transgender people are killed every year. One problem, they say, is that police officers often refer to transgender homicide victims with names and pronouns reflecting their gender of birth, rather than their gender identity. (For example, transgender women are often described by police officers as men.) And while the FBI last year began publishing statistics on hate crimes against gender-nonconforming people, the bureau’s figures only reflect cases reported to authorities. Some crime-reporting programs at the state level have also opted, for budgetary reasons, not to collect data on hate crimes against transgender people, according to an FBI spokesman. Lauren Smith, a press contact for Honda, the chair of the congressional task force, said the issue of data collection has come up in discussions among task force members, but that the group won’t be meeting until shortly after Thanksgiving to hammer out specific agenda items they hope to address.