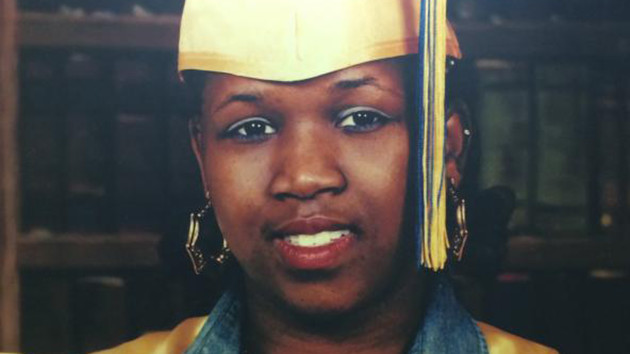 Tanisha AndersonPhoto courtesy of the family

Since Tanisha Anderson’s death in November 2014, few details have been made public about how the 37-year-old black woman died while in the custody of two Cleveland police officers. Anderson, whose family reported she was mentally ill, died after falling unconscious while lying handcuffed on a sidewalk outside her home. The 15-month-long investigation is now in the hands of Ohio Attorney General Mike DeWine: In a statement last Tuesday, Cuyahoga County Prosecutor Timothy McGinty requested DeWine take over the case following a Cuyahoga County sheriff’s investigation, which McGinty said revealed “facts that created a conflict of interest” for his office. McGinty—who led the controversial investigation into the police killing of 12-year-old Tamir Rice and is running for reelection next month—did not specify what that conflict of interest was.

The recently completed sheriff’s investigation, which has not been disclosed publicly, raises questions about the Cleveland Police Department’s official account presented in November 2014. According to a law enforcement official familiar with the sheriff’s investigation who spoke to Mother Jones, the investigation reveals significant details that the Cleveland PD’s account did not include. One is that the officers put Anderson in the back of their squad car before she became agitated and a physical struggle ensued. Another is that Anderson remained handcuffed after an EMS team arrived and began administering aid, even though she was unconscious.

The initial police account included no details about how or why Anderson fell limp on the sidewalk.

According to the Cleveland PD’s account, officers Scott Aldridge and Bryan Myers arrived at Anderson’s home around 10:51 p.m. on November 12, 2014, in response to a call about a mentally ill family member causing a disturbance. After speaking with the officers, the Cleveland PD account stated, Anderson agreed to be escorted to a hospital for a psychiatric evaluation, but as the three approached the squad car, she “began actively resisting the officers.” After they handcuffed her, Anderson began to kick at the officers, and “a short time later the woman stopped struggling and appeared to go limp.” The officers said they “found a faint pulse” on Anderson “and immediately called EMS and a supervisor to respond to the scene at 11:34 [p.m.].” Within the hour, Anderson was taken to a nearby hospital, where she was pronounced dead. The initial police account included no details about how or why Anderson fell limp on the sidewalk.

According to the sheriff’s investigation, Aldridge and Myers placed Anderson in the back seat of their squad car with her feet still hanging out, and she began yelling and struggled to get out of the car. As the officers tried to put her back in the car “a physical altercation ensued,” the law enforcement official told Mother Jones, and they soon had Anderson in handcuffs and on the ground.

In their written statement to sheriff’s investigators, the officers said Anderson was laying on the ground and handcuffed by 11:20 p.m., when they radioed for a police supervisor to come to the scene. The officers subsequently requested an EMS response, the official said. The officers estimated that Anderson was in that position for a total of 5 to 10 minutes. According to call logs and witness interviews reviewed by sheriff’s investigators, the EMS team arrived at 11:41 p.m.—indicating that Anderson had been on the ground for at least 20 minutes. When the EMS team checked Anderson’s condition, one member found a faint pulse while a second was unable to find one, the official said. The handcuffs remained on Anderson as they began rendering aid; they asked the officers to remove them because they were interfering with their work. The officers complied with that request, the official said.

A spokesperson for the Cleveland PD declined to comment on the case, citing the ongoing investigation. Attorneys representing the two officers did not respond to a request for comment.

According to the lawsuit, Anderson’s family members said that one of the officers grabbed her, “slammed her to the sidewalk, and pushed her face into the pavement.”

Anderson’s family members, who filed a wrongful death lawsuit against the city of Cleveland on January 7, said she suffered from bipolar disorder and schizophrenia. Family members who lived with Anderson dialed 911 to request medical assistance after Anderson became disoriented and walked out of her house into the cold, wearing only a nightgown, according to the court filing. The family had already called for police assistance earlier in the night after Anderson walked outside; another pair of officers had come to the scene but left after Anderson went back into her house, the family said.

According to the lawsuit, Anderson’s family members said that after Anderson started to panic in the squad car, Aldridge grabbed her, “slammed her to the sidewalk, and pushed her face into the pavement.” Aldridge then pressed his knee on Anderson’s back and handcuffed her while Myers assisted in restraining her, the family said, and within moments Anderson lost consciousness. The lawsuit also alleged that when family members asked the officers to check on her condition, the officers “falsely claimed she was sleeping” and delayed calling for medical assistance. “During the lengthy time that Tanisha lay on the ground,” the family said, Aldridge and Myers “failed to provide any medical attention to Tanisha.”

Anderson’s family told sheriff’s investigators that a few weeks prior to the incident, she had been released from a psychiatric hospital. In January 2015, the Cuyahoga County Medical Examiner’s Office announced that Anderson’s death was ruled a homicide and classified as a sudden death in association with “physical restraint in a prone position,” “ischemic heart disease,” and “bipolar disorder with agitation.”

“You wouldn’t have known that Tanisha was bipolar unless she told you,” Anderson’s mother, Cassandra Johnson, told Fox 8 Cleveland in December 2015. “That day was just a bad day.”

According to personnel records obtained by Cleveland.com, Aldridge was hired in April 2008, and in 2013 he was suspended for three days without pay over a Taser incident that involved a female suspect. (He was also one of the officers involved in the car chase that led to the deaths of Timothy Russell and Malissa Williams in 2012.) Myers was a rookie cop who joined CPD in 2014, after graduating from the police academy that August. Cleveland.com reported that Aldridge and Myers received 16 hours of crisis intervention training while at the academy, but it is not clear whether they received any further such training once on the job at Cleveland PD. The two remain on desk duty pending the outcome of the investigation.