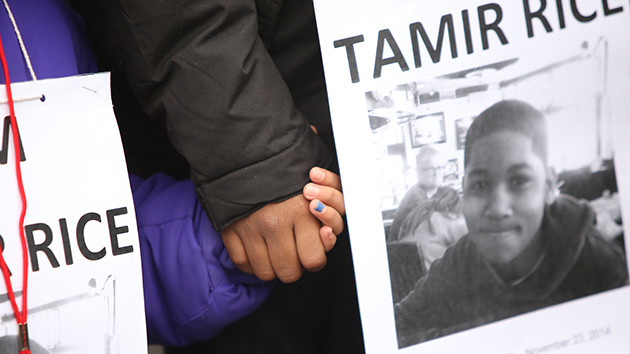 On Saturday, attorneys for the family of Tamir Rice, the 12-year-old boy who was shot to death by a Cleveland cop last November, released two new reports concluding that the actions of the two officers involved, Timothy Loehmann and Frank Garmback, were “reckless” and “objectively unreasonable” by legal and professional standards.

The reports were authored by Roger Clark, a former Los Angeles County deputy sheriff, and by Jeffrey Noble, a former deputy police chief for Irvine, California, who were retained by the Rice family’s attorneys. Both former police officials have concluded that Loehmann, who fired the shots, and Garmback, his partner who drove the squad car to within a few feet of Rice, committed a series of tactical errors that were legally unjustifiable. The officers created a dangerous and avoidable situation, they say, that jeopardized the safety of the officers and the boy. The officers, Noble writes, “engaged in reckless tactical decision-making that created the danger, thus the use of deadly force was excessive, objectively unreasonable and inconsistent with generally accepted police practices.” That conclusion fits with the analysis of other policing experts who have weighed in on the case.

In their review of the surveillance footage of the shooting and its aftermath, Clark and Noble both concluded that Rice was not holding a weapon when the officers drove directly up to him in a Cleveland park, and therefore posed no immediate threat to the officers. “It is absolutely critical to emphasize that no weapon was visible to either Officer Loehmann or Officer Garmback upon their arrival on the scene,” Clark wrote. “Officer Loehmann jumped out of the car with his gun in his hand before the car had even come close to a complete stop. Thus, it appears that Officer Loehmann must have unholstered his gun while en route to the call.”

Clark and Noble’s conclusions differ starkly from those of three previous reports, also written by former or current law enforcement officials, which suggested that Rice may have been holding a gun or reaching down toward his waist when the officers approached. Those three reports were released recently by Timothy McGinty, the county prosecutor leading the grand jury investigation, sparking controversy over their apparent absolution of the officers. (Read all five reports below.)

Clark also noted that the 911 operator who took the call, Constance Hollinger, relayed “grossly incomplete information,” and that her actions justified “significant discipline or discharge.” As Mother Jones first reported in June, Hollinger did not enter the caller’s details about Rice being “probably a juvenile” and the gun being “probably fake.” But even setting aside those details, “based upon what he observed and knew at the time, it was unreasonable for Officer Loehmann to jump out with his gun drawn and immediately open fire within 1.7 seconds at a person he could not be sure was the subject of the dispatch.”

“Hiring and retaining plainly unfit police officers is a recipe for disaster.”

Clark and Noble also criticized the assessments released by McGinty from previous experts. In part they pointed to the “glaring omission” of statements from Loehmann and Garmback—who have refused to speak with investigators in the year since the shooting, as Mother Jones first reported in May. They also noted the grainy surveillance video, captured at a distance, and how it was misused by the previous experts: “Their reports ignore and/or distort the objective evidence,” Clark wrote. “All three experts appear to speculate about what the officers might have seen or thought.”

Clark and Noble also zeroed in on Loehmann’s record, including the officer’s history of “lying to his supervisor” and how he suffered from emotional instability. Both concluded that Loehmann’s prior record not only tainted his credibility in the Rice case but also demonstrated that he was unfit for duty as an officer and never should have been hired in the first place. “Hiring and retaining plainly unfit police officers is a recipe for disaster,” Clark wrote. “In this case, the obvious delinquencies in this regard lead to a tragic and unavoidable fatality.”

With the grand jury continuing to hear evidence and deliberate on whether Loehmann should face criminal charges, attorneys for the Rice family submitted the two reports to McGinty, who they say has failed to “impartially investigate and prosecute this case.” Attorney Zoe Salzman confirmed to Mother Jones that McGinty has since agreed to present the two reports commissioned by the family’s attorneys to the grand jury.

Read all the expert reports being considered by the grand jury below.