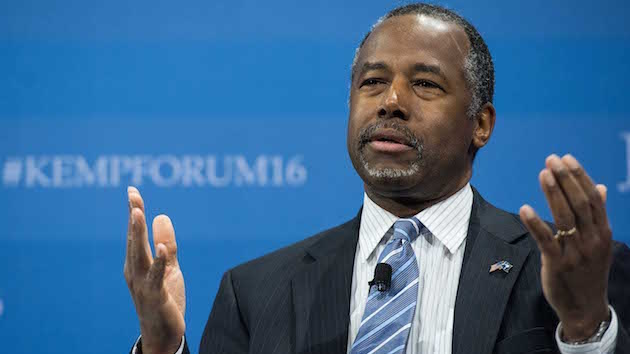 All five paid staffers in the New Hampshire office of a pro-Ben Carson super-PAC have quit their jobs to volunteer for rival presidential candidate Ted Cruz, a state television station reported Monday.

“We think it is important that our party…get behind a single conservative who can win, and we strongly believe that candidate is Ted Cruz,” former super-PAC staffer Jerry Sickles told station WMUR. He added that his colleagues had been frustrated by the fact that Carson spent very little time campaigning in New Hampshire. Oddly, Carson appeared in Staten Island earlier this month.

The five former staffers had worked at the 2016 Committee, a super-PAC founded in 2013 to convince the retired neurosurgeon to run for president. Their decision to leave the Carson super-PAC comes less than two weeks after three of Carson’s highest-ranking staffers, among them campaign manager Barry Bennett, stepped down from the campaign. Carson said in a statement that he had initiated the shake-up, but Bennett told the Hill that he left over frustration with the direction the campaign had taken.

The former head of the 2016 Committee, Sam Pimm, on Monday told Politico that he too is now backing Cruz. When asked if the recent shake-ups in Carson’s campaign had anything to do with his decision, he replied, “Yes.”

Carson’s presidential run has sputtered after an unexpected surge of popularity that saw him briefly polling at the head of the pack in early November. On Monday he trailed behind Donald Trump, Cruz, and Marco Rubio, and he polled at 9.5 percent, according to the RealClearPolitics poll average.

The former Carson supporters’ revolt comes at a good time for Cruz, who is planning an exhaustive tour of New Hampshire beginning January 17. The New Hampshire primary will be on Tuesday, February 9.