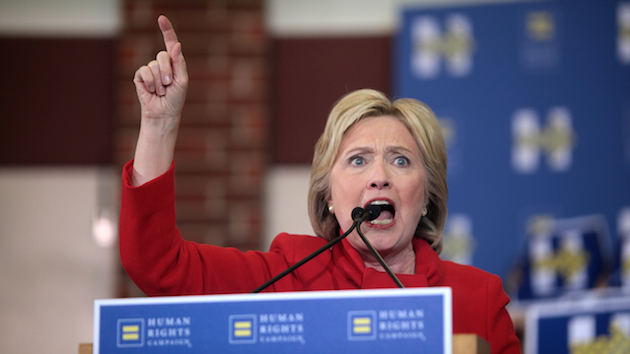 After her attempts to derail her rival Bernie Sanders’ surging campaign by deriding his “Medicare-for-all” plan fell horribly flat, Hillary Clinton is changing tactics to try to win over voters ahead of Monday’s caucuses here in Iowa, issuing a full-throated defense of Obamacare—and painting herself as its architect.

“Before it was called Obamacare, it was called Hillarycare,” she told an audience at Grand View University in Des Moines on Friday. Clinton’s rally at the university comes as Sanders has built a dominant lead among younger voters in the state. Clinton delivered a barnstormer on Friday in her bid to catch up among this demographic.

But much of Clinton’s speech dwelled on history that many of the students in her audience are too young to remember. Clinton recalled one of her greatest successes, passing the Children’s Health Care Program (CHIP) as first lady. After the Bill Clinton administration failed to pass health care reform, Clinton said, she turned to the plight of children without insurance.

Clinton recalled speaking to a man in Cleveland who couldn’t find anyone to sell him insurance for his two daughters with cystic fibrosis. One insurance seller had told the man, “We don’t insure burning houses.”

Clinton warned her audience about the stakes for Obamacare in this election. “If they get a Republican president, the Affordable Care Act will be gone,” she said. “They have promised, they have tried, it will end.”

The former secretary of state said that she and Sanders “share the same goal. We want to get to universal coverage.” But, she added, “I want to build on what we have achieved…He wants us to start over.”

Clinton brought a woman on stage tell her family’s health care story. The woman’s daughter had been diagnosed with brain cancer, and her treatments were covered under the Affordable Care Act because she could stay on her mother’s plan. Later, both mother and daughter, both with pre-existing conditions, could purchase health care on the exchange. Obamacare “was a great gift to our family,” the woman said.

Implicit in the narrative Clinton was trying to build: Elect me, or it could go away.