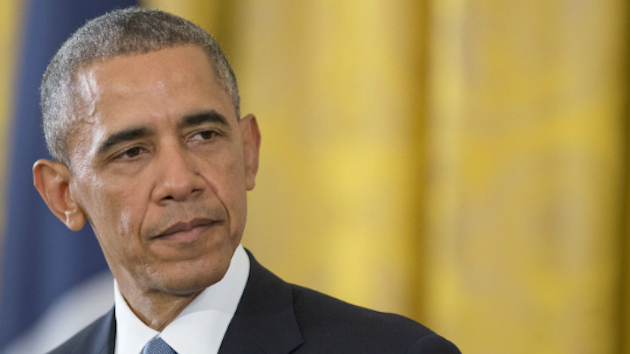 President Barack Obama has been a vocal critic of the unraveling of campaign finance regulations by conservatives in government. But on Tuesday, a group led by several prominent liberals assailed the president’s record on the issue, arguing that he has done little to address the situation and has, in several key areas, made things worse.

Rootstrikers, a nonprofit that advocates for campaign finance reform, released a report Tuesday morning criticizing Obama’s record. The group is ostensibly nonpartisan, but was founded by former Democratic presidential candidate Lawrence Lessig and Howard Dean’s former campaign manager, Joe Trippi. The report notes Obama’s history of criticizing the Citizens United Supreme Court decision, which ushered in the current era of unlimited political donations, including his State of the Union speech that called out of the conservative justices who issued the ruling. But it faults him on eight specific points where he has either failed to act or actively helped unwind campaign finance regulations further.

Kurt Walters, campaign manager for Rootstrikers, said Obama will have a legacy of failure on campaign finance, and it will be his own fault.

“It’s cynical even by Washington, DC, standards,” Walters said in a statement to Mother Jones. “Obama has said for six years that he’s outraged at Citizens United but still hasn’t bothered to do anything combating the decision’s effects.”

The eight strikes against Obama’s record, according to Rootstrikers, are:

The report is part of a larger campaign by Rootstrikers, including the creation of the website presidentobamaslegacy.org, which features a petition to the White House that has collected more than 102,000 signatures.

A full copy of the report can be found here.