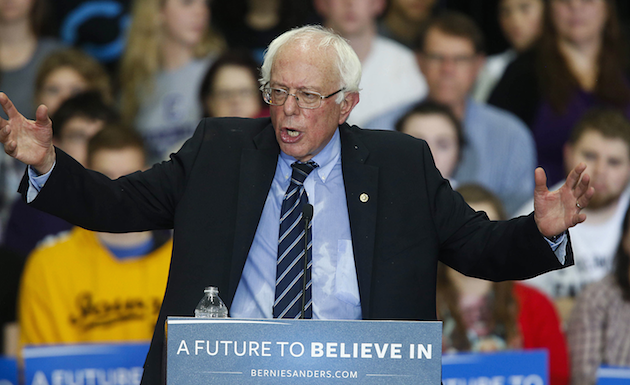 When Bernie Sanders first announced he was running for president back in April, many pundits were quick to dismiss the chances of a self-described “democratic socialist” defeating Hillary Clinton, let alone making it to the White House. But the Vermont senator quickly proved that his populist message could resonate with Democratic voters around the country.

There may be several reasons that “socialism” has become the most-searched term of the year, according to numbers put out by Merriam-Webster this week, but Sanders’ long-shot presidential bid deserves most of the credit.  Merriam-Webster points to Sanders’ campaign as the cause for the 169 percent increase of look-ups for the word since 2014.

“Socialism has been near the top of our online dictionary look-up list for several years,” Peter Sokolowski, Merriam-Webster’s editor-at-large, explained. “However, this year look-ups for socialism moved up even further, beginning with the July campaign events for Bernie Sanders, remaining high throughout the following months and spiking again after the first Democratic debate in October.”

Last month, the presidential hopeful gave a highly anticipated speech at Georgetown University explaining his views and defending democratic socialism. For more on that, check out our highlights of his address here.