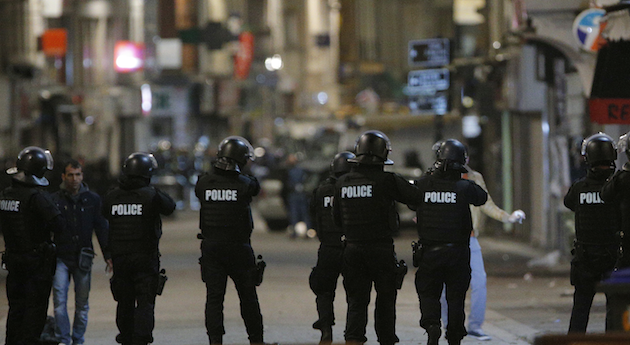 Update, 8:30 a.m. EST: Paris’s chief prosecutor announced on Thursday that Abdelhamid Abaaoud, the Belgian-born terrorist believed to be responsible for Friday’s attacks in Paris, was killed in the St. Denis raid.

Update, 12:56 p.m. EST:  Big questions remain concerning the identities of those killed and arrested in the early morning raid carried out in Saint-Denis. The Washington Post reports Abdelhamid Abaaoud, the suspected “mastermind” behind last Friday’s attacks on Paris, had been killed. However, France’s chief prosecutor said in a press conference that the identity of those killed and arrested could still not verified.

Two terror suspects, including one female suicide bomber who detonated herself using an explosive vest, were killed in an early morning raid in the northern Paris suburb of Saint-Denis on Wednesday. Seven people were also arrested in the seven-hour standoff.

The raid was targeting Abdelhamid Abaaoud, the Belgian-born terror suspect believed to be the “mastermind” behind the coordinated terrorist attacks in Paris last Friday. Authorities have yet to determine the identities of the terror suspects arrested and killed in Wednesday’s raid.

According to some reports, the woman who blew herself up may have been Abaaoud’s cousin.

A heavy police presence remains in the city. The Guardian reports that residents have been told to stay inside and roads have been blocked off.

Speaking to mayors around the country on Wednesday morning, French President Francois Hollande pointed to the violent raid as a sign the country was at “war with ISIS.” He also reaffirmed France’s commitment to taking in 30,000 refugees, despite fears that terrorists may try to enter Europe with the flow of migrants.