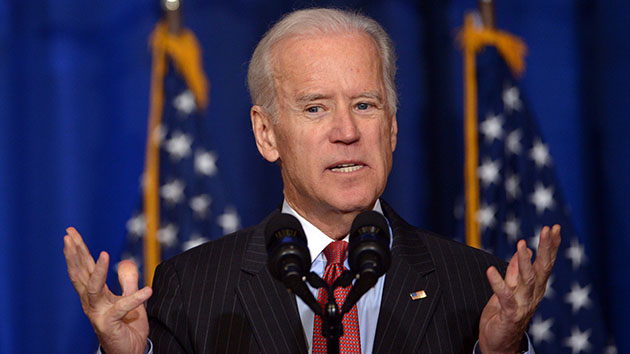 Joe Biden’s 2008 campaign died on the evening of the Iowa caucuses. “So many of you have sacrificed for me and I am so indebted to you,” Biden told supporters in a speech in Des Moines announcing that he was shutting down his campaign, shortly after the results had come in. “I feel no regret. I ain’t goin’ away.” Biden, then a senator from Delaware, had staked his entire campaign on a strong showing in the caucuses. He spent months bouncing around the state from campaign event to campaign event, but he came up well short. He finished in fifth place, with just 1 percent of the caucus delegates, behind not only the marquee candidates Barack Obama, Hillary Clinton, and John Edwards, but also Bill Richardson.

If Biden decides to run for president again in 2016, he’ll surely draw more support, thanks to his increased public profile after serving as Obama’s vice president for the past seven years. But Iowa will once again pose problems for his presidential ambitions, particularly with such a late entry into the race. Caucus votes will be cast five months from now, and so far there is scant evidence of a groundswell behind Biden in the state—or the organization to bring it about.

Recent polls have put Biden far behind Clinton and Vermont Sen. Bernie Sanders in Iowa. The veep drew just 14 percent in a Des Moines Register poll released this week, compared with 37 percent for Clinton and 30 percent for Sanders. (Biden supporters argue that his numbers are high for someone who has yet to start an official campaign.) In the Democratic caucuses, a candidate needs at least 15 percent support in a precinct in order to win any delegates, a bar Biden currently falls under statewide.

There doesn’t appear to be much movement toward an official Biden campaign in Iowa either, according to old Biden hands in the state. “There’s been interest, there’s been conversations,” says one Biden 2008 Iowa staffer who requested anonymity due to continued involvement in state politics. “There’s been outreach at the first level [of close Biden friends], but it hasn’t been intense.” Some of his longtime supporters have yet to hear from that inner circle, though. “Our sense is that it’s more possible that he’s going to run than not run,” says state Sen. Tony Bisignano, a supporter of Biden’s 1988 and 2008 presidential campaigns. “It seems much more likely.” What gives Bisignano that sense? “We’re just hearing the news and reading different stories about it,” he says. He hasn’t heard anything beyond that.

Bisignano is part of a small band of elected officials in Iowa who have endorsed Draft Biden, a super-PAC started earlier this year to encourage the vice president to enter the race. The Chicago-based group started off as a small-time outfit of former low-level Obama staffers and volunteers, and got off to a slow start, raising just $80,000 in the first half of the year. Even as it has gradually been ramping up over the past month, bringing on a slew of former Biden staffers, the group has a small Iowa footprint.

Clinton and Sanders already have massive field teams working the ground to identify supporters in Iowa. According to a spokesperson for the Sanders campaign, the senator has 53 paid organizers working out of 15 field offices in Iowa. As of early June, the Clinton campaign tallied 47 paid organizers in Iowa.

Draft Biden, on the other hand, didn’t bring on an Iowa state director until June. And that director, James Rigdon, spent just two months in the state before moving to Chicago to work as the group’s national outreach director. Draft Biden recently hired a new state director and two other paid organizers in the state. “First and foremost, it’s going to be outreach to volunteers and supporters who have already signed up, and there are plenty of those to make a continued hit with,” Rigdon says of the new hires. “Beyond that, it’s going to be attending the county party meetings and attending any other local events across the state. Just getting the word out that Draft Biden is for real, this isn’t a flash in the pan or a desperate attempt, we are a force to be reckoned with.”

But that force of potential volunteers to be organized is still a small pool. Draft Biden has gained more than 200,000 signatures for its petition encouraging Biden to run. Rigdon boasted that 6,000 of those signatures had come from supporters who live in Iowa—hardly the makings of a grassroots army.

Still, Biden’s Iowa fans are optimistic that the campaign could ramp up rapidly should the vice president officially enter the race. “I think the Democratic race needs to get reenergized,” Bisignano says. “I think it has fallen flat this summer. With the Clinton issues, it’s a constant flow of negativity and negative discussion. Biden would bring a breath of fresh air to the enthusiasm here.”