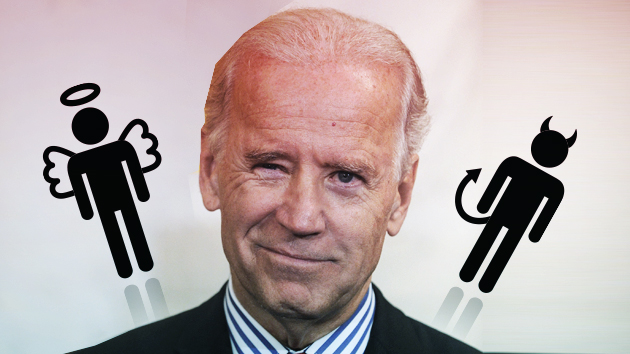 With the political class chattering about Hillary Clinton’s recent difficulties—the email controversy, the Bernie Sanders wave, a decline in some polls—Vice President Joe Biden seems to be closer to running for president. At least, there’s more talk about a Biden bid. Several of his former operatives have started a super-PAC in hopes of getting him to run, and the 72-year-old Biden is calling friends and political allies to discuss the possibility.

Not surprisingly, the response among Democrats has been mixed. Some commentators wonder whether Biden could actually help Clinton by leaping into the fray. But one Democratic source told CNN that White House insiders are concerned a Biden run could hurt the veep’s reputation as the elder statesman of the Democratic Party who has spent more than four decades in public life.

Biden was a six-term US senator from Delaware before becoming vice president, and he earned respect from many for both his legislative work and his grace in the face of tragedy. In 1972, a few weeks after Biden was elected to the Senate for the first time, his wife and one-year-old daughter were killed in a car crash, and his two sons were injured. Biden considered resigning to care for his sons. Instead, he commuted on Amtrak from his Delaware home to Washington every day, so he could be with his kids for dinner. He continued this practice for years into his political career. (In May, one of those sons, Beau, died of brain cancer at the age of 46.)

Biden, who has been President Barack Obama’s go-to guy for breaking deadlocks with obstructionist GOPers on Capitol Hill on the budget, the debt ceiling, and tax deals, unsuccessfully sought the Democratic presidential nomination in 1988 and 2008. (His first time out, he left the race after the Michael Dukakis campaign leaked information showing Biden had cribbed part of his stump speech from a British politician. On his second try, Biden, who survived a brain aneurysm in 1988, performed well in the debates but on the campaign trail was eclipsed by Obama and Clinton.) His career has covered extremes. He helped confirm one conservative Supreme Court justice but opposed several others. He long supported arms control and diplomatic efforts, but he also voted to allow President George W. Bush to invade Iraq. He has worked to protect women, but he sometimes gets a little too close.

So with a deadline for a final decision approaching—Biden probably cannot wait much longer—here’s a partial rundown of high points and low points in the vice president’s story:

Ahead of the pack on marriage equality: In May of 2012, while appearing on Meet the Press during Obama’s reelection campaign, Biden came out in favor of same-sex marriage. At the time, the White House had only officially endorsed civil unions. Some speculate that Biden’s unambiguous support helped push Obama from “evolving” on the issue to a full-fledged, official endorsement of gay marriage.

Changing the treatment of victims of sexual assault and domestic violence: In 1990, Biden introduced the Violence Against Women Act, which improved law enforcement practices for investigating and prosecuting domestic violence and sexual assault. Once he became vice president, he continued to advocate on behalf of women and girls. He appointed the first ever White House adviser on violence against women, launched an initiative to decrease dating violence among teens, and worked to clamp down on campus sexual assault.

Foreign policy chops: From the beginning of US involvement in Iraq, Biden strenuously advocated the use of diplomacy before military action. In 2002, while the Bush administration was heading toward the Iraq invasion, Biden, who was then the chairman of the Senate Foreign Relations Committee, proposed ways to curtail Saddam Hussein’s weapons program diplomatically and held several hearings to discuss the potential challenges of stabilizing the country after an invasion. Most notably, he worked with Leslie Gelb, then president of the Council on Foreign Relations, to propose a system for stabilizing Iraq, modeled off the Dayton Accords in Bosnia. Biden called for a federalist system that would separate Iraq into three regions, along ethno-religious lines—Kurdish, Sunni, and Shia—allowing each group to control its own affairs, with a central government remaining in Baghdad. Some Middle East scholars have since wondered whether Biden’s proposal could have prevented some of the ongoing unrest in Iraq. A longtime advocate of arms control and nuclear nonproliferation efforts, he was an essential player in Obama’s successful 2010 push to win congressional approval of the New START nuclear arms reduction treaty. And he was a crucial voice within the Obama administration for decreasing the US military presence in Afghanistan and shifting US policy from a counterinsurgency perspective to a counterterrorism approach.

the NOT SO GOOD

Exacerbating America’s mass incarceration problem: As my colleague Pat Caldwell reported, Biden played a key role in getting the 1994 Violent Crime Control and Law Enforcement Act passed during the Clinton era. The bill implemented a host of policies that would ensure more severe incarceration of inmates, such as expanding death penalty crimes, criminalizing gang membership, and reducing opportunities for parole. Many, including Bill Clinton himself, now point to this piece of legislation as having contributed to the severe overcrowding of prisons and forced judges to impose harsher, longer sentences that have led to a problem with mass incarceration.

Saying the wrong thing at the wrong time: Biden has the gift of gab or, perhaps, a tendency toward verbosity. And he not infrequently puts his foot in his mouth. A few examples: Speaking at a 2008 campaign rally in Columbia, Missouri, he accidentally asked Missouri state Sen. Chuck Graham, who is wheelchair-bound, to “stand up.” Also during the 2008 presidential campaign, he called Obama the first “articulate and bright and clean” African American man to run for president. Biden also botched Obama’s last name, introducing him as “Barack America,” at his first rally as Obama’s running mate. Later he handed John McCain one of his main anti-Obama talking points when he suggested that Obama would face an international crisis in the beginning of his presidency. During a 2010 St. Patrick’s Day celebration at the White House, Biden asked for God’s blessing for the Irish prime minister’s late mother—even though she was very much alive.

Creeping on women: Biden is known for his enthusiasm for campaigning and pressing the flesh. This has occasionally been a problem when it comes to women. For example: 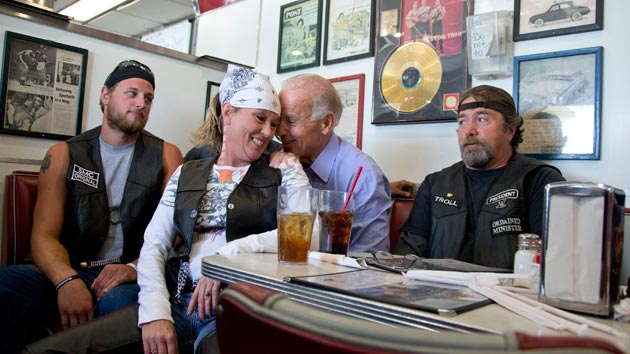 Anita Hill and the Clarence Thomas confirmation hearings: In 1991, Biden, as chair of the Senate Judiciary Committee, presided over the controversial confirmation hearings of Clarence Thomas, nominated by President George H.W. Bush to sit on the Supreme Court. Law professor Anita Hill alleged that Thomas sexually harassed her when she was one of his employees, and this charge became a central focus of those hearings. Biden was widely criticized for his treatment of Hill during the sessions. He allowed three male senators to aggressively question Hill, but he never called three women to testify who had been subpoenaed to discuss other instances of alleged inappropriate behavior by Thomas. These women presumably could have buttressed Hill’s claims. (Biden ultimately voted against Thomas.)