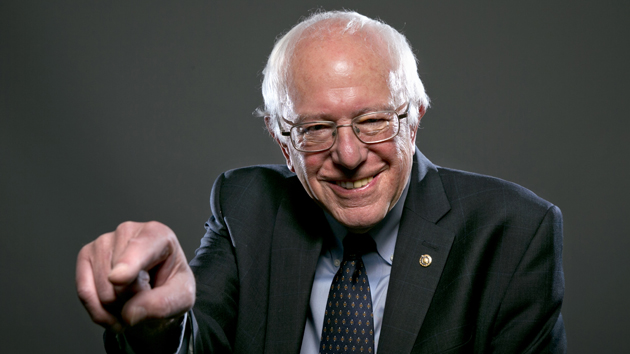 When ABC’s George Stephanopoulos asked Bernie Sanders earlier this year whether a self-proclaimed socialist could be elected president, the candidate brought up Scandinavia. “In those countries, by and large, government works for ordinary people in the middle class rather than…for the billionaire class.”

“I can hear the Republican attack ad right now,” Stephanopoulos replied. “‘He wants America to look more like Scandinavia.'” Sanders didn’t hesitate. “That’s right. And what’s wrong with that?” How would Sanders Scandinavian-ize the US? Here are his big ideas:

Tax the rich. (And tax them. And tax them.) He endorses a return to Eisenhoweresque tax rates of potentially more than 50 percent for Americans in the highest tax brackets.

Cap and tax. Right now, companies deduct “performance-based” executive compensation, such as bonuses and stock options. But Sanders wants them to pay taxes on these perks if the gap between top and bottom salaries exceeds a certain percentage—or they could spread the wealth to the low-wage workers at the bottom of the scale.

Universal Medicare. Sanders voted for the Affordable Care Act, but he still dreams of a single-payer system—Medicare for everyone.

Seize the means of production. Kinda. Provide loans to workers who want to buy a stake in their companies, in order to spread profits across the workforce—not just the 1 percent.