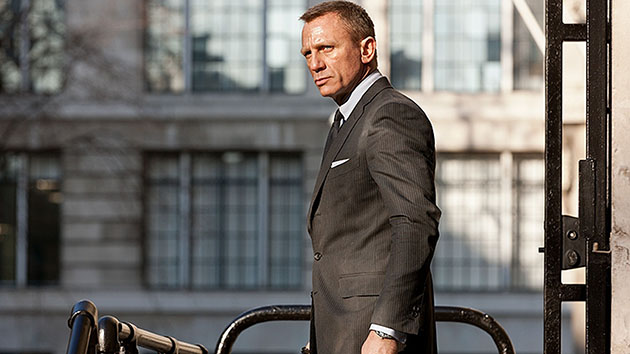 James Bond’s latest attempt to save the world didn’t involve blowing things up or chasing down bad guys. Instead, Daniel Craig, the Englishman who plays Bond, acted with his wallet, making a healthy donation to support his preferred presidential candidate: Bernie Sanders. But in doing so, he may have played into a villain’s hands.

Over the summer, Craig donated nearly $50,000 to a super-PAC called Americans Socially United, which claims to support the Vermont senator’s dark-horse bid for the Democratic nomination, according to the Center for Public Integrity (CPI). The pro-Sanders super-PAC is run by a self-described lobbyist, Cary Lee Peterson, who “has routinely run afoul of creditors and the law,” with two outstanding warrants in the state of Arizona. The group was initially called “Ready for Bernie Sanders 2016” and “Bet on Bernie 2016,” both illegal uses of the candidate’s name that caused confusion for Sanders supporters who accidentally donated to Peterson’s PAC instead of the campaign. Peterson’s group has not filed the legally required campaign finance disclosures, CPI reports.

Moreover, Sanders, who supports campaign finance reform, doesn’t want super-PACs supporting his campaign and has asked Americans Socially United to stop its efforts on his behalf. His campaign sent Peterson a cease and desist letter in June, which Peterson continues to disregard.

But Peterson contends that he is simply trying to support his favorite candidate. “You don’t need to look back on my past,” Peterson told CPI. “I’m going out there trying to make a difference.”

Thus far, Craig is sticking to his guns, too. “Currently, I have been informed of no evidence to question that my donation has not been used as intended,” he told CPI. “Should that situation occur, then clearly, I will review my position.”

Super-PACs, which are largely unregulated by the Federal Election Commission, can get away with a lot. As attorney Paul Ryan explained to CPI, the people running these super-PACs could legally use the money they raise “to buy a yacht and sail off into the sunset.”