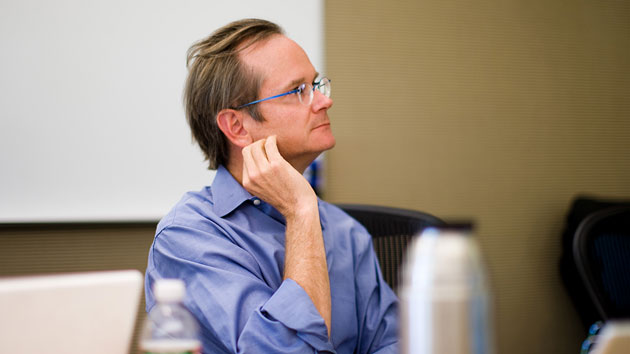 Lessig, who says he’ll jump into the race if he can raise $1 million by Labor Day, has spent much of the last four years fighting what he considers the pernicious influence of money in politics ushered in by the Supreme Court in the Citizens United case. The two leading candidates for the Democratic nomination, former secretary of state Hillary Clinton and Vermont senator Bernie Sanders, have both promised to appoint Supreme Court justices who oppose Citizens United. But Lessig thinks Sanders et al. aren’t going far enough. His platform consists of one item—the “Citizens Equality Act of 2017,” which is sort of an omnibus bill of progressive wish-list items. It would make election day a national holiday, protect the right to vote, abolish political gerrymandering, and limit campaign contributions to small-dollar “vouchers” and public financing. After Congress passes his bill, Lessig says he’ll resign.

Lessig has to hope his newest political venture will be more successful then his 2014 gambit, in which the Harvard professor started a super-PAC for the purpose of electing politicians who supported campaign finance reform. The aptly named Mayday PAC raised and spent $10 million, but only backed a single winner—Rep. Walter Jones (R-N.C.) who was virtually assured of re-election in a deep-red district.