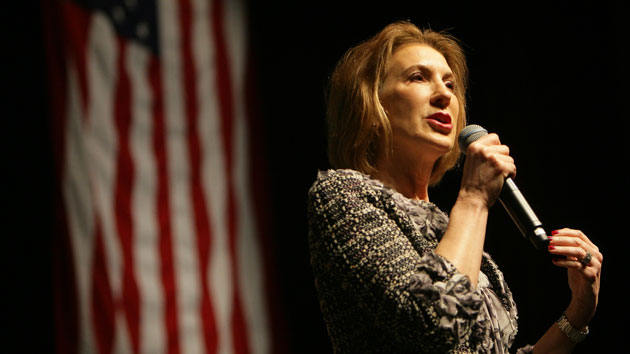 Carly Fiorina has had the wind at her back after the first Republican presidential debate. The former Hewlett-Packard CEO earned high marks for her appearance at the “kids table” forum for the least-popular GOP candidates, and she has been rising in the polls ever since. So it was only a matter of time before the knives came out.

On Sunday evening, former Rep. Michele Bachmann (R-Minn.), who herself was doing well in the GOP presidential polls this time four years ago, drew her followers’ attention to a 14-year-old speech Fiorina had given in Minneapolis, in which she defended the cultural, legal, and scientific heritage of the Muslim world. The catch: It was delivered just weeks after 9/11. What nerve!

Fiorina’s speech reads as a thoughtful defense of the faith of many of her employees at Hewlett Packard. Her respect for Islam seems to come from personal experience. In her 2006 book, Tough Choices, she described the soothing effect of listening to Muslim prayers when she was a teen and her family lived in Ghana. (Her father was a law professor then on a teaching sabbatical at the University of Ghana). She wrote:

I remember hearing, for the first time, Muslims pray, and how over time their sound evolved from being frightening in its strangeness to comforting in its cadence and repetition—I would feel the same peace when I listened to the sound of summer cicadas around my grandmother’s house. I grew to love being awakened in the morning by the sound of the devout man who always came to pray under my bedroom window.

Uh-oh. That reminiscence may well provide Bachmann with more ammo. And it’s not just Bachmann who has called out Fiorina for being soft on Islam. Fiorina’s comments on Islamic civilization have also been criticized by fringe-right outlets like the American Thinker and Western Journalism Review.

Islam has once again become a wedge issue in the Republican primary. Louisiana Gov. Bobby Jindal, for instance, has called for a ban on certain kinds of Muslim immigrants. Fiorina, who tried (and failed) to ride the GOP tea party wave into the Senate in 2010 by fashioning herself as a stalwart conservative—is now the target of the extremists she once courted.