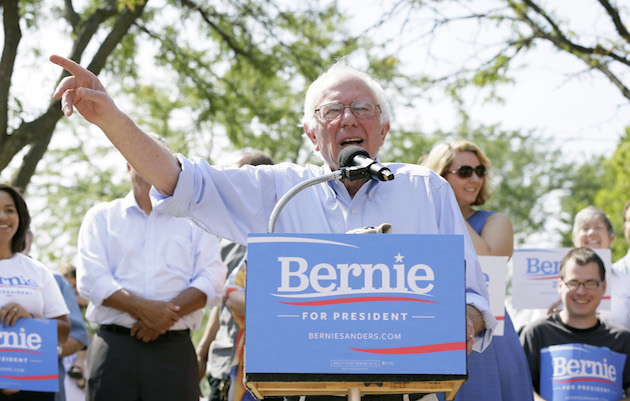 In an interview with the New York Times published on Monday, Bernie Sanders offered his views on the always entertaining presidential campaign of Donald Trump. And he didn’t mince words. When asked what he thought of the Republican front-runner’s continued surge in the polls, Sanders responded, “Not much,” and hit back at Trump’s racist rhetoric.

“I think Donald Trump’s views on immigration and his slurring of the Latino community is not something that should be going on in the year 2015,” Sanders said. “And it’s to me an embarrassment for our country.”

Sanders’ comments come on the heels of several recent op-ed’s attempting to draw similarities between Trump’s and Sanders’ policy proposals, specifically on immigration. Judging from Sanders’ latest remarks, however, we’re guessing the Vermont senator isn’t exactly thrilled to be compared with the inflammatory real estate mogul.

Just last week, Trump took a shot at Sanders, calling him “weak” for sharing the stage with Black Lives Matter organizers at a campaign stop in Seattle. Trump assured his audience that unlike Sanders, he would have taken charge, and he even insinuated that he would have been prepared to get violent.

“I don’t know if I’ll do the fighting myself or if others will, but that was a disgrace,” he said.