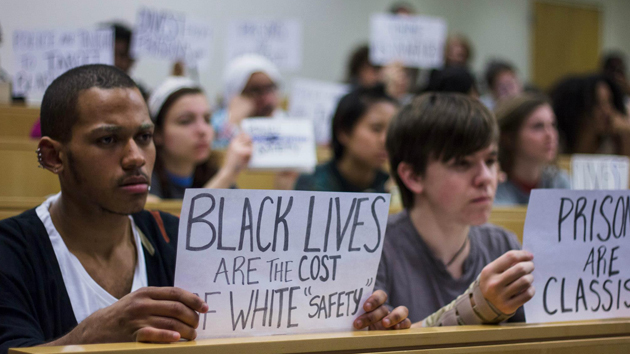 Citing the “ongoing discussion of the issue of mass incarceration,” Columbia University has decided to stop investing money in companies that run private prisons, becoming the first university in the United States to divest from the controversial industry.

The university’s Advisory Committee on Socially Responsible Investing announced last week that Columbia’s board of trustees would divest from companies currently engaged in the operation of private prisons, and would “refrain from making new investments in such companies,” according a statement on the university’s Finance Gateway website.

The $5 billion private prison industry has taken off in recent years, with the number of inmates serving sentences in for-profit prisons doubling between 2000 and 2010. Private prisons house nearly 20 percent of federal prisoners and about 7 percent of state prisoners. Minorities who are convicted of crimes are more likely to be sent to private prisons than their white counterparts. For-profit prison companies have guaranteed shareholders certain occupancy levels, and to boost occupancy prisons sometimes doled out infractions that lengthen prisoners’ sentences or worked with groups like the American Legislative Exchange Council to enact policies that result in higher rates of incarceration.

Divestment efforts at colleges and universities have often played a leading role in effecting social change, most notably when divestment at schools like Michigan State University, Columbia, and Stanford University helped end South African apartheid. At Columbia, the push to divest from private prisons was led by students organized as Columbia Prison Divest. Asha Rosa, a black student activist and member of the group, was bothered by the fact that her school profited from the incarceration of less privileged black people. Rosa initially gained access to Columbia’s investment portfolio in 2013 through an act of deception: She called Ursula Bollini, the former associate director of finance for the Advisory Committee on Socially Responsible Investing, and requested general investing information for her non-existent urban studies senior thesis. “Had I asked if Columbia was invested in private prisons, I do not think they would have given the report to me,” says Rosa, who then helped organize students to apply pressure on the school to divest.

According to the 2013 investment report the school gave Rosa, Columbia owned roughly $2 million worth of shares in one company that runs private prisons, G4S, and roughly $8 million worth of shares in another, the Corrections Corporation of America, Rosa says. (Last week, the school declined to tell CNN how much it had invested in the two companies.)

Rosa and her fellow student activists hope to use the momentum from their win on this issue to press Columbia to invest in a more socially responsible manner elsewhere, particularly as the university expands into West Harlem and threatens to displace residents there. “It’s our strategy that we are not in isolation just trying to divest from prisons,” Rosa says. “We’re trying to divest in a way that is connected to other movements.”