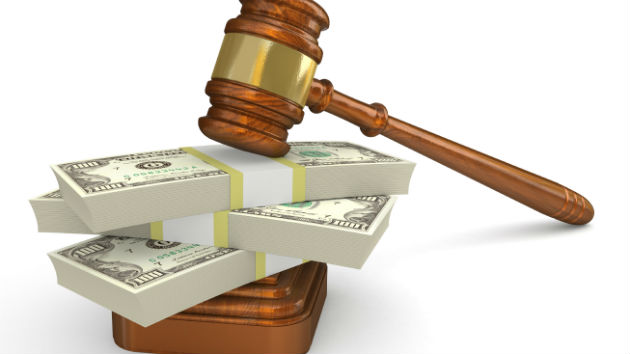 The Department of Justice scored a victory Friday morning in the fight to rein in the campaign finance Wild West that has come with the rise of super-PACs: A GOP operative in Virginia was sentenced to two years in federal prison for breaking a small, but crucial, campaign finance law in the 2012 election. It’s unclear whether this signals a sustained effort by the Justice Department to crack down on campaign finance law violators. But one thing’s for sure: it’s more than the grid-locked Federal Election Commission has done to enforce the law in this area.

There isn’t much that a super PAC can’t do under the 2010 Citizens United ruling. These outfits can raise and spend unlimited cash, soliciting funds from individuals and corporations alike. The one thing that can’t happen is coordination between a super-PAC and a candidate for elected office. And that’s the issue that was at the heart of the Justice Department’s case against GOP operative Tyler Harber, once named a “rising star” by Campaigns & Elections magazine (since revoked), who was sentenced to two years in prison for illegal coordination and lying to the FBI.

Since Citizens United, it’s been fairly clear that rules against coordination were being short-circuited, if not broken outright. Candidates’ political aides have resigned from their campaigns only to resurface at the helm of super PACs supporting that very same candidate; parents and spouses of candidates have created super PACs and pour money in; most significantly, in the run up to 2016, Jeb Bush has merged his campaign with his super PAC, allowing him to raise unlimited amounts of money and hobnob with mega-donors, while hiding behind the excuse that he is not formally a candidate. Campaign finance reformers have cried foul over Bush’s use of this loophole, but the reality is no one is likely to do anything about it. The FEC is, for all intents and purposes, putting itself on the bench this election cycle.

But, in lieu of FEC action to curb coordination, the Department of Justice may have sent a powerful message to political operatives across the country with Harber’s sentencing today.

In federal court in Richmond, Virginia, Prosecutor Richard Pilger requested that the judge make an example of Harber to send a message to the rest of super PAC world. “The ideal that’s really at issue here today is we have a fair campaign finance system,” he told the judge, according to the Washington Post.

Harber admitted he was wrong, but the Post reported that he told the judge he didn’t break the rules because of greed or power. He said he just got swept away in the post-Citizens United maelstrom of money and boundary-pushing. “I got caught up in what politics has become,” he told the judge.

Despite being an up-and-coming operative, Harber was not a particularly powerful one. And he committed his crime while working on behalf of a no-chance congressional candidate who was routed by Democrat Rep. Gerry Connelly. He was no Karl Rove, and he didn’t have the backing of a powerful politician or a deep-pocketed donor. In the world of super PACs, Harber was relatively low-hanging fruit.

Harber pleaded guilty to illegal coordination and lying to federal investigators about it, admitting to working as a campaign manager for the candidate and simultaneously playing a secret role in setting up a super PAC that raised $325,000 to run ads on the candidate’s behalf. The money came mostly from a New York City real estate developer who had already donated the maximum to the campaign; Harber convinced him to give more to the super PAC, completely erasing any boundary between the campaign and the outside group. On top of that, he diverted more than a third of the super PAC’s funds to a firm set up in his mother’s name and spent most of that money for personal expenses. Then he threatened someone who confronted him over it and lied to FBI agents who interviewed him about the super PAC’s creation.

In other words, he was very easy to prosecute. Even his own party had no love for him (a fellow Republican turned him in). Whether or not the Justice Department can or will take such a hard stance with other super PAC law-breakers—whose infractions may be more subtle—remains to be seen. But, if nothing else, today’s sentencing shows that, post-Citizens United, there is still some campaign finance accountability.