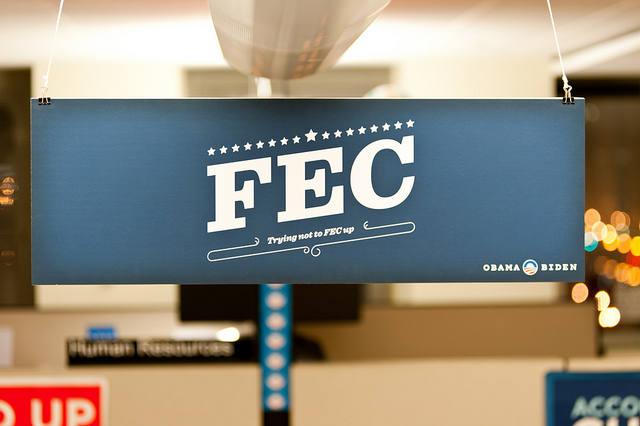 After years of nudging and complaining from good-government types, President Obama finally has begun the process of making some changes over at the Federal Election Commission, the nation’s beleaguered campaign watchdog. Last week, Obama nominated Ann Ravel, the feisty chairwoman of California’s Fair Political Practices Commission, and Lee Goodman, a DC-based attorney at the firm LeClairRyan.

On its face, this is good news. All five commissioners currently at the FEC (there are usually six; one commissioner, Cynthia Bauerly, resigned in February) are working past their term’s expiration date, because Obama and the Congress have not put forward any new nominees. The entire leadership of the FEC, in other words, should’ve been replaced months or years ago. Ravel and Goodman must still be nominated by the Senate, but if confirmed, they would be the first new commissioners to arrive at the FEC since Obama became president.

Progressive groups that oppose super-PACs and want less big money in politics cheered Obama’s nominations but urged him to do more to reshuffle the FEC’s lineup. “The process of fixing the FEC needs to begin with President Obama nominating and the Senate confirming a full, new complement of six commissioners,” Democracy 21, a pro-regulation group, said in a statement.

The FEC is not only dogged by commissioners serving on borrowed time. Critics of the commission—which, by design, features six commissioners, usually three left-leaning and three right-leaning—say it is Exhibit A in regulatory gridlock. Here’s what I wrote in 2011 about the FEC:

…During the George W. Bush era, GOP leaders packed the commission with a trio of conservative ideologues, and today the FEC epitomizes gridlock. Between 2003 and 2008, the commission deadlocked on about 1 percent of its enforcement actions, according to an analysis by Public Citizen (PDF); the numbers spiked to 16 percent and 11 percent in 2009 and 2010. Scott Thomas, a former Democratic FEC chairman, says the GOP members increasingly clash even with the commission’s own legal staff. “For almost the entire history of the FEC, the commissioners were open to receiving recommendations from the staff,” Thomas says. “Now they are being stopped cold by those three commissioners.” The leader of the FEC’s conservative clique is Donald McGahn, a shaggy-haired attorney (known to play the guitar while prepping for case rulings) who opposes just about all campaign-finance laws. He previously was counsel to former House Majority Leader Tom DeLay (R-Texas), who was convicted by a Texas jury last fall for laundering corporate donations. (McGahn did not respond to a request for comment.)

So what do we know about Obama’s nominees?

In Ravel, left-leaning groups have an ally. As the head of California’s election watchdog, the FPPC, she made a name for herself by aggressively investigating the source(s) of $11 million in secret donations made to influence two contentious ballot propositions in 2012. (That investigation remains underway.) As I reported, this particular FPPC probe, prompted by Ravel, is perhaps the most worrisome to conservatives because it could lift the veil on the web of nonprofit groups and donors shuffling dark money around the country. “This case has got very, very deep and significant implications,” one conservative lobbyist told me.

A mighty high hurdle awaits both Ravel and Goodman: the Senate. Sen. Mitch McConnell (R-Ky.), the minority leader, is a fierce enemy of campaign finance laws, and it’s no secret that the road to confirmation for any FEC nominee runs through him. If he opts not to block either Ravel or Goodman, then there is hope for fresh faces at the FEC. If he does, it could be back to square one.