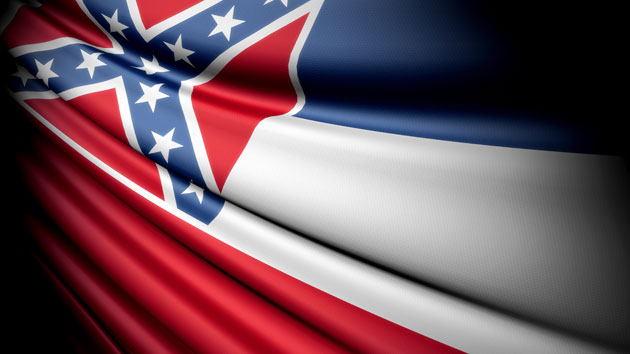 Update: Sen. Thad Cochran, the state’s senior senator, has joined his colleague in appealing to the state legislature to change the Mississippi flag. “it is my personal hope that the state government will consider changing its flag,” he said in a statement. The original story is below:

When Sen. Roger Wicker (R-Miss.) was asked on Sunday about removing the Confederate cross from his state’s flag, he demurred. That decision “should be up to the Mississippi legislature and the people of the state,” he argued. But 48 hours later, he has changed his mind. On Wednesday, he released a statement calling for the current incarnation of the flag to be “put in the museum” and replaced with something else:

After reflection and prayer, I now believe our state flag should be put in a museum and replaced by one that is more unifying to all Mississippians. As the descendant of several brave Americans who fought for the Confederacy, I have not viewed Mississippi’s current state flag as offensive. However, it is clearer and clearer to me that many of my fellow citizens feel differently and that our state flag increasingly portrays a false impression of our state to others.

In I Corinthians 8, the Apostle Paul said he had no personal objection to eating meat sacrificed to idols. But he went on to say that “if food is a cause of trouble to my brother, or makes my brother offend, I will give up eating meat.” The lesson from this passage leads me to conclude that the flag should be removed since it causes offense to so many of my brothers and sisters, creating dissention rather than unity.

This is an issue to be decided by the legislature and other state government officials and not dictated by Washington. If I can be part of a process to achieve consensus within our state, I would welcome the opportunity to participate.

Wicker joins the chancellor of the University of Mississippi, the nephew of former Gov. Haley Barbour, and the state’s Republican speaker of the House among other prominent Mississippians who have called for the Confederate symbol to go after the murder of nine African American parishioners at a church last week in Charleston, South Carolina.