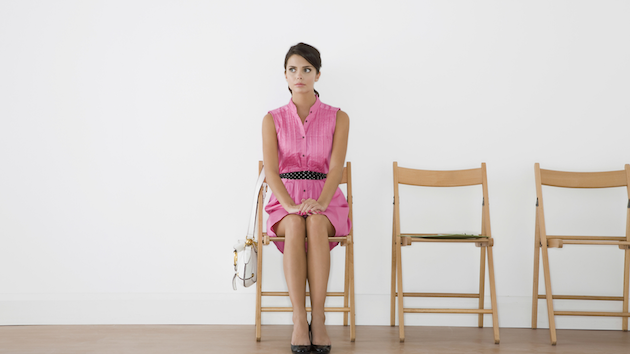 For women seeking an abortion, 2015 is shaping up to be the year of the long wait.

Since the beginning of the year, six states have proposed or passed laws that would require a woman to wait days before she has an abortion—laws that critics say place an especially harsh burden on poor and rural women.

Conservative lawmakers in Arkansas and Tennessee have passed bills forcing women seeking abortions to attend an initial appointment and then wait 48 hours before the actual procedure. The Florida Legislature has passed a measure, which GOP Gov. Rick Scott promises to sign, creating a 24-hour waiting period between two appointments. A bill that died in Kentucky, which already requires women to receive counseling 24 hours before an abortion, would have forced women to receive that counseling in person.

And Oklahoma and North Carolina are poised to pass bills that would institute the longest waiting periods in the county: 72 hours between mandatory counseling and an abortion. The North Carolina proposal passed the Republican-dominated House on Thursday, and Oklahoma’s measure is awaiting the signature of Republican Gov. Mary Fallin. If the states approve the measures, Oklahoma and North Carolina will join Missouri, South Dakota, and Utah as the only other states with three-day waiting periods.

“This is a new trend, the number of states passing these laws,” says Elizabeth Nash, a states issues researcher with the Guttmacher Institute, a think tank that supports abortion rights. Conservative states have passed scores of new anti-abortion laws since Republicans took over state legislatures and governorships en masse in 2010. But until recently, very few of those new laws established or extended waiting periods.

Last year, though, lawmakers in Missouri made national headlines when they passed a law requiring a woman to schedule two appointments 72 hours apart before obtaining an abortion. “That seemed to be the tipping point,” Nash says. “All of a sudden, this was back on the radar. We hadn’t been seeing waiting period bills for years. And now this year, lawmakers are saying to themselves, ‘Wait, we can do that?'”

The new laws, Nash says, will make the logistics of obtaining an abortion much more difficult for women who are already juggling families and jobs.

“We hadn’t been seeing waiting period bills for years. And now this year, lawmakers are saying to themselves, ‘Wait, we can do that?'”

Research shows that waiting periods requiring patients to make two trips to an abortion clinic spur some women to travel across state lines for abortions, according to a review, by Guttmacher, of a dozen studies that looked at the effects of laws that delay abortion. The laws may also push more procedures into the second trimester of pregnancy, when an abortion is more physically taxing and more expensive.

Supporters of mandatory waiting periods often argue that they cause uninformed or uncertain women to reconsider abortion. State Rep. Jennifer Sullivan, the sponsor of Florida’s 24-hour bill, said recently that her bill is aimed at “empowering women to make this decision,” especially since most women “do not understand the medical complications” related to abortion.

But abortion rights supporters note that studies show 87 to 93 percent of women are certain of their decision when they make their appointment.

Still, in all five states that have approved or are about to approve new or longer waiting periods this year, Republicans control both houses of the legislature and the governor’s mansion, and the bills are facing little opposition.

In North Carolina, the site of numerous battles over reproductive rights since the Republican takeover, the 72-hour proposal has advanced with comparatively little fanfare. That may be because, unlike laws in Missouri, South Dakota, and Utah, the proposed legislation in North Carolina and Oklahoma would not require a woman to make two separate trips to the clinic. The initial consultation with an abortion clinic can take place over the phone.

And Tennessee has already weathered a long fight over waiting periods: The current proposal, which is on its way to Republican Gov. Bill Haslam’s desk, is the result of a bitter battle that played out during the 2014 election season. That year, Tennessee voters approved a ballot measure that allowed the Legislature to pass a host of anti-abortion restrictions previously blocked by a state Supreme Court ruling.

Opponents of waiting periods have mounted their biggest fight in Florida. On Monday, standing outside the federal courthouse in Fort Lauderdale, Rep. Debbie Wasserman Schultz (D-Fla.) decried the measure as “medically unnecessary and morally reprehensible.”

But beyond denouncing these laws, there isn’t much abortion rights advocates can do to oppose them. The Supreme Court ruled waiting periods constitutional in Casey v. Planned Parenthood, in 1992.