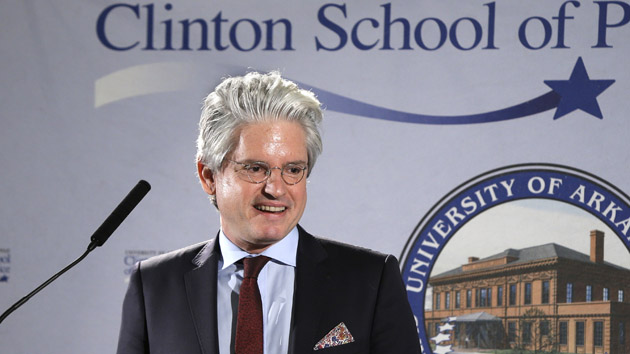 Hillary Clinton’s second presidential campaign was supposed to be one giant kumbaya sing-along for the Democratic coalition. For years, elected officials and party elders had been rushing to endorse her proto-campaign. The warring Obama-Clinton factions from the 2008 Democratic primary had melded into one happy family ready to elect the first female president. A competing host of organizations—Ready for Hillary, Correct the Record, and Priorities USA—agreed to play nice, and, with the tacit approval of official Clintondom, organized themselves to work jointly on preparation work for the apparently inevitable 2016 campaign.

As longtime Clinton adviser Paul Begala told me last summer when I was profiling Correct the Record and its founder David Brock, “This is a really rare thing…for the first time in my adult life the left has its shit together. It’s never happened before. So now, everybody has their job. And we stay in our lanes but we help each other out.”

Alas, staying in their lanes wasn’t meant to be. Early this week, the pro-Hillary groups crashed into a multicar interstate pileup as private fighting between two key players in Hillaryland became public in dramatic fashion when Brock abruptly resigned as a Priorities USA board member. In a scorching letter obtained by Politico‘s Ken Vogel, Brock accused Priorities USA staff of “an orchestrated political hit job” and said they executed a “specious and malicious attack on” other pro-Clinton groups.

Brock was ticked off about a New York Times story that detailed the murky world of “donor advisers,” and focused on how Brock’s chief fundraiser, Mary Pat Bonner, took a suspiciously large commission for each donation she obtained for his groups, including Correct the Record.

Why this public outbreak of  sniping? For part of the explanation, follow the money—or lack thereof. Priorities USA and Brock’s enterprises are each angling for the same donors, and so far the money from Democratic donors isn’t flowing strongly enough to satisfy fully all the organizations. Priorities USA, a super-PAC founded by Obama allies to aid the president’s 2012 reelection campaign, is supposed to take the lead on blitzing TV airwaves in 2016. It had hoped to raise as much as $500 million for the election, but with Clinton delaying the official launch of her campaign until late spring or summer, money has been trickling in at a tepid pace.

Shortly after the initial Politico article, the two sides began to make amends, with Brock saying he might be open to rejoining Priorities USA. Yet an ally of Priorities co-chairman Jim Messina told (anonymously, of course) the New York Times that Brock “is a cancer.” This is a sign that the current tiff might have roots in the old animosity between the Clinton camp and Obama’s one.

Brock is a Hillary fan through and through—albeit reaching that point via a circuitous route. He began his career as a conservative journalist, digging dirt on the Clintons in the early 1990s for the American Spectator. Brock’s about-face into a Democratic true-believer began when he penned a largely friendly tome about Hillary during the 1996 presidential campaign. He fully cemented his apologia with his tell-all Blinded by the Right. Bill Clinton reportedly kept a cabinet stocked with copies of this work at his office, handing them out to friends. The Clintons have embraced Brock as one of their own.

The public confrontation this week can’t sit easy with Hillary Clinton’s champions. Her 2008 presidential campaign ended in the steaming wreckage of leaked emails by staffers bickering like petulant middle schoolers. “The anger and toxic obsessions overwhelmed even the most reserved Beltway wise men,” The Atlantic said in a 2008 post-mortem.

Hillary 2016 has tried to leave all that behind and replicate the No Drama Obama mantra of her one-time foe. Up until this week it had been smooth sailing, at least publicly. But if this sort of bitter infighting is already underway—a year out from the first caucuses and primaries— there’s good reason to fear more public collisions ahead.