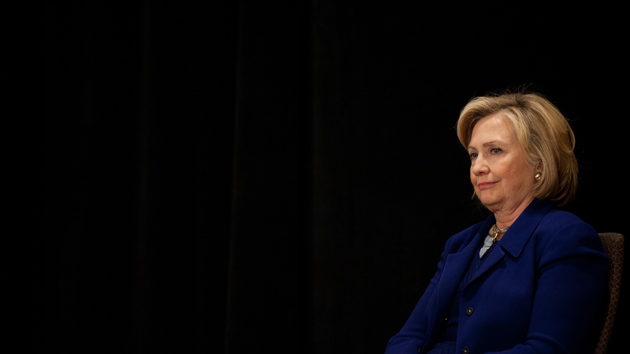 We’ve seen this movie before, and it doesn’t end well.

On Friday, ABC News published a story about a email listserv maintained by two Democratic operatives: Robby Mook, a former Howard Dean and Hillary Clinton campaign aide, and Marlon Marshall, an Obama White House staffer. The story’s title—”EXCLUSIVE: Read the Secret Emails of the Men Who May Run Hillary Clinton’s Campaign”—promised a juicy exposé. In reality, the substance of what members posted on this 150-member “secret” listserv, dubbed the “Mook Mafia,” was far from explosive. The phrases “smite Republicans mafia-style” and “punish those voters” read badly out of context. But then, who hasn’t dashed off a snarky email to friends that you wished you could take back and touch up a little?

The real news isn’t that Mook and Marshall had a listserv for fellow Democratic operatives. It’s that someone on the listserv leaked its contents in an effort to hurt Mook’s chances of becoming the manager of Hillary Clinton’s presidential campaign. In other words, the Clinton ’16 effort has yet to officially launch and already the backstabbing and infighting has begun.

It’s shades of Hillary ’08 all over again.

Internal battles notoriously plagued Clinton’s first presidential run. A Washington Post story in March 2008 described the “combustible environment within the Clinton campaign, an operation where internal strife and warring camps have undercut a candidate once seemingly destined for the Democratic nomination.”

The story went on:

Many of her advisers are waging a two-front war, one against Sen. Barack Obama and the second against one another, but their most pressing challenge is figuring out why Clinton won in Ohio and Texas and trying to duplicate it. While [chief strategist Mark] Penn sees his strategy as a reason for the victories that have kept her candidacy alive, other advisers attribute the wins to her perseverance, favorable demographics, and a new campaign manager. Clinton won “despite us, not because of us,” one said.

The Post published this story after Clinton had won the crucial Ohio and Texas primaries. That is, even in victory, the Clinton camp was divided, its top aides in conflict with one another.

In response to the Post story, Clinton adviser Bob Barnett wrote an email that was later published by The Atlantic:

STOP IT!!!! I have [held] my tongue for weeks. After this morning’s WP story, no longer. This makes me sick. This circular firing squad that is occurring is unattractive, unprofessional, unconscionable, and unacceptable…It must stop.

Neither Mark Penn nor Clinton’s first choice of campaign manager, Patti Solis Doyle, lasted the entire campaign. Penn left the campaign after the Wall Street Journal reported that he had lobbied in support of a trade deal with Colombia that Clinton opposed. Solis Doyle was once so close to Clinton that she liked to say, “When I speak, Hillary is speaking.” But by the time of her firing, Solis Doyle and Clinton were on such bad terms that Clinton let her go by email.

Even after Penn’s departure, as the Atlantic story illustrated, the acrimony continued:

Geoff Garin, the new leader, soon encountered the old problems. Obama remained the front-runner, and Clinton’s communications staff disagreed on how to turn back the tide of tough stories. Garin was appalled at the open feuding and leaking. “I don’t mean to be an asshole,” he wrote in an e-mail to the senior staff. “But…Senator Clinton has given Howard Wolfson both the responsibility and the authority to make final decisions about how this campaign delivers its message.” On the strategic front, Garin sided with the coalition opposed to Penn’s call to confront Obama, and he had numbers to support his reasoning. Polls showed that a majority of voters now distrusted Clinton.

The strategic leaking of Mook’s and Marshall’s listserv emails wouldn’t have been at all out of place during Clinton’s ’08 campaign, as her aides bickered and backstabbed their way to defeat against a more cohesive—or at least functional—Obama campaign.

Over the past few years, I have interviewed a number of folks who have worked on various campaigns with Mook, dating back to Howard Dean’s 2004 presidential bid. I heard nothing but admiration and respect for someone routinely described to me as a smart and honest operative who kept his head down and disliked publicity. He and Obama organizing guru Jeremy Bird helped create Dean’s pioneering volunteer-powered ground game in New Hampshire—a model Mook took with him to Clinton’s ’08 bid and Bird applied to Obama’s first presidential run. And in 2013, Mook, using part of the Obama playbook, helped longtime Democratic fundraiser Terry McAuliffe win a tough fight for governor in Virginia. This victory, which impressed the Democratic political class, got people talking about Mook helming a Clinton campaign. But obviously not everyone is keen on that.

It’s not known who was behind the Mook email dump. But for Democrats this prankish move raises a troubling question: Is it possible to avoid conflict within Hillaryland? In 2008, Clinton demonstrated she could not head a cohesive, effective, and drama-free operation. Democrats who yearn for her to do better this time might be forgiven for looking at this episode and wondering, here we go again?