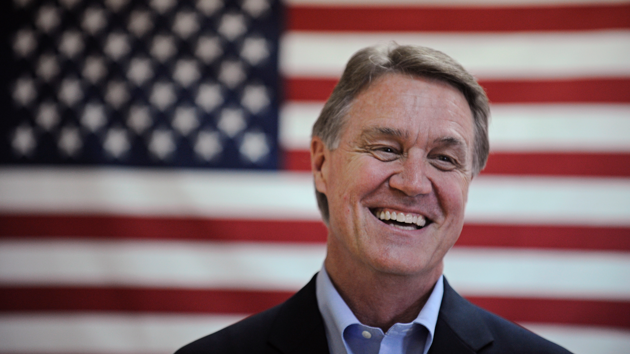 There weren’t many bright spots on the map for Democrats this year. But in Georgia, the party was hoping that Senate candidate Michelle Nunn might harness the state’s changing demographics for an upset against GOP nominee David Perdue.

The state’s growing black population, however, and a mammoth effort by Democrats to register these new voters, weren’t enough to boost Nunn to victory. And on Tuesday, Nunn appeared to lose to Perdue handily. This wasn’t a huge surprise: In recent weeks, Nunn’s support slipped among Georgia’s white voters. Nunn needed to win over about a third of them, in addition to drawing a record number of black voters, in order to have a realistic shot of winning the race.

Nunn would have been Democrats’ only pickup in the Senate in an otherwise bleak election. Perdue and Nunn were competing for the seat held by the retiring Chambliss.

Republicans and Democrats both ran huge, data-driven voter mobilization campaigns in Georgia in response to a small but steady shift in the state’s demographics. But local GOP officials may have given Republicans an edge by using dubious reasoning to purge the state’s existing voter rolls of untold numbers of black residents.

The New Georgia Project, a nonpartisan group with Democratic connections, collected applications to register more than 86,000 mostly young and minority residents. But in October, the group discovered that 40,000 of those potential voters never appeared on the voter rolls. New Georgia Project blamed the missing applications on Republican Secretary of State Brian Kemp. But a judge declined to force Kemp to register the missing voters, meaning those voters would have to cast provisionary ballots.

Any Democrat still would have faced long odds in Georgia. Nunn had an edge thanks to resume. Nunn spent several years as CEO of Points of Light, a non-profit volunteer corps with roots in a service initiative started by President George H. W. Bush. And her father is a popular former senator, Sam Nunn.

Nunn’s chances looked best early on in the race, when she faced a Republican primary field of Todd Akins-in-waiting—including one candidate, Georgia Rep. Phil Gingrey, who said that Akin was “partly right” about “legitimate rape.” Perdue, however, who won the GOP nomination in July, is a sober-seeming former CEO. He touted his work as a “job creator” and led in most polls against Nunn throughout the race.

But Perdue’s past as a business leader presented its own controversy. In early October, reports emerged that Perdue spent most of his career—as he put it—outsourcing. “Defend it? I’m proud of it,” he told the Atlanta Journal-Constitution, when questioned on his outsourcing record. Nunn’s campaign and EMILY’s List, a political group that supports female Democrats, spent millions of dollars airing several ads about Perdue’s record on women. The ads focused on the fact that Dollar General paid its female store managers less than male managers while Perdue was CEO.