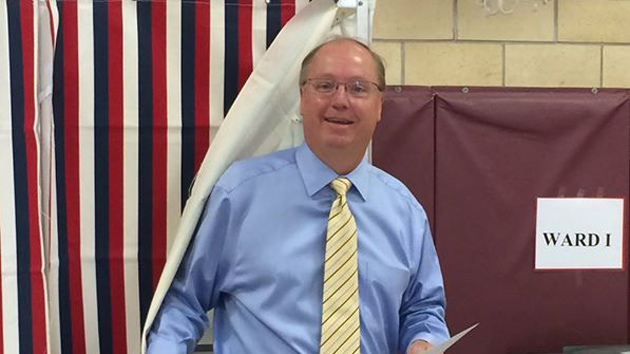 Hagedorn, the son of retired congressman Tom Hagedorn, was a surprise victor in last Tuesday’s GOP primary. But he brings some serious baggage to his race against Walz, a four-term incumbent. In posts from his old blog, Mr. Conservative, unearthed by the Minnesota politics blog Bluestem Prairie*, Hagedorn made light of American Indians, President Obama’s Kenyan ancestry, and female Supreme Court justices, among others, in ways many voters won’t appreciate.

Hagedorn deleted many of his old posts prior to his 2010 run for Walz’s seat—he lost in the GOP primary. But some of his writings can still be found via the Internet Archive or in screenshots taken by the Minnesota Independent. These were not mere juvenile ramblings, either: Hagedorn was a Treasury Department official at the time.

“Turns out half-aunt Zeituni is an illegal alien from Kenya who has illegally contributed money to her half-nephew’s campaign, which should make Americans half-pi$$ed,” he wrote in a typical missive during the 2008 election cycle. “The migration from Barack Obama’s second country to the United States during the next four years is going to look like a low-budget remake of Eddie Murphy’s hit comedy ‘Coming to America.'”

“Senator McCain’s campaign was all but flat lined before he brought the feisty Caribou Barbie into our living rooms.”

Hagedorn also reveled in the type of gay innuendo you may have heard in high school courtyards in decades past. (Kids these days know better.) He referred to former Wisconsin Sen. Herb Kohl as an “alleged switch-hitter” and a “packer.” Former GOP candidate Mike Taylor, the target of a homophobic attack ad during his campaign against then-Sen. Max Baucus, came out even worse: “[T]he ad really bent Taylor over with rage and caused him to go straight to the bar and get lubricated,” Hagedorn wrote. “It must have taken all Taylor’s power to refrain from fisting…err…using his fists on Max Baucus, or at the very least ream him inside and out.”

In an entry on the Supreme Court’s 2003 Lawrence v. Texas decision, which ruled that state bans on sodomy were unconstitutional, he wrote: “Butt (sic) never have winners lost so dearly. The Court’s voyage into uncharted, untreated cultural bathhouse waters was designed to offer a gentle push from behind…to generate a small skip forward for the pink triangle class…to throw them a bone, so to speak.”

Lest anyone challenge his bona fides, Hagedorn wanted to make abundantly clear he was a straight white male. “Senator McCain’s campaign was all but flat lined before he brought the feisty Caribou Barbie into our living rooms,” he wrote in 2008. “Which reminds me, on behalf of all red-blooded American men: THANK YOU SENATOR McCAIN, SARAH’S HOT!”

Not all female politicians were viewed as favorably. In a 2002 post, Hagedorn referred to Washington Democratic Sens. Maria Cantwell and Patty Murray as “undeserving bimbos in tennis shoes.” Former Bush White House counsel Harriet Miers, he wrote in 2005, had been nominated “to fill the bra of Supreme Court Justice Sandra Day O’Connor.”

Writing about now-Sen. John Thune’s race against Democratic Sen. Tim Johnson, Hagedorn turned his razor-sharp wit on America’s most coddled demographic—Native Americans. “The race has been highlighted by a Democrat drive to register voters in several of several of South Dakota’s expansive redistribution of wealth centers…err…casino parlors…err…Indian reservations. Remarkably, many of the voters registered for absentee ballots were found to be chiefs and squaws who had returned to the spirit world many moons ago.” Alleging that fake votes from Indians would provide the margin of victory, he echoed “John Wayne’s wisdom of the only good Indian being a dead Indian.”

Hagedorn may have been joking. (The quip’s real author, General Philip Sheridan, wasn’t.) But American Indians were a favorite punching bag over at Mr. Conservative. In that same post, he referred to Nevada as a land of “nuclear waste and thankless Indians.” What made the state’s Native American population thankless? Hagedorn didn’t say.

“I understand that some of the folks on the left aren’t going to like what I write.”

Democrats seized on some of the Mr. Conservative postings during Hagedorn’s brief 2009 foray, prompting him to slip into damage control mode. “I understand that some of the folks on the left aren’t going to like what I write,” he told the Rochester Post-Bulletin. “I poke fun at everybody, including Republicans.”

Although Walz’s district went to Barack Obama by less than 2 points in 2012, the incumbent has faced a string of less-than-stellar opponents. Allen Quist, the GOP’s 2012 nominee, crafted a school science curriculum contending that humans coexisted with dinosaurs. Aaron Miller, the Iraq War vet who was picked to run against Walz at the district nominating convention but lost in the primary, stated that he was motivated to run for office because his daughter had been forced to learn evolution in public schools. And now Hagedorn.

Correction: This story originally credited the Minnesota Independent with first reporting on the Mr. Conservative postings. The Independent was the first outlet to report that the blog posts had been deleted.