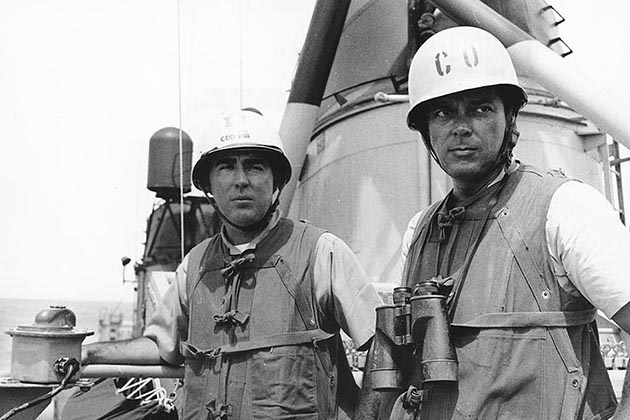 Captain John J. Herrick, USN, Commander Destroyer Division 192 (at left) and Commander Herbert L. Ogier, USN, Commanding Officer of USS Maddox on 13 August 1964. They were in charge of the ship during her engagement with three North Vietnamese motor torpedo boats on 2 August 1964. Photographed by PH3 White. Official U.S. Navy Photograph, from the collections of the Naval Historical Center

After just nine hours of deliberation, both houses of Congress passed the Gulf of Tonkin resolution today in 1964. The bill authorizing the United States to officially go to war with Vietnam was signed by President Lyndon Johnson three days later. Of course, the United States had been increasingly involved in Vietnam at least since 1955, when then-President Eisenhower deployed the Military Assistance Advisory group to help train the South Vietnamese Army. 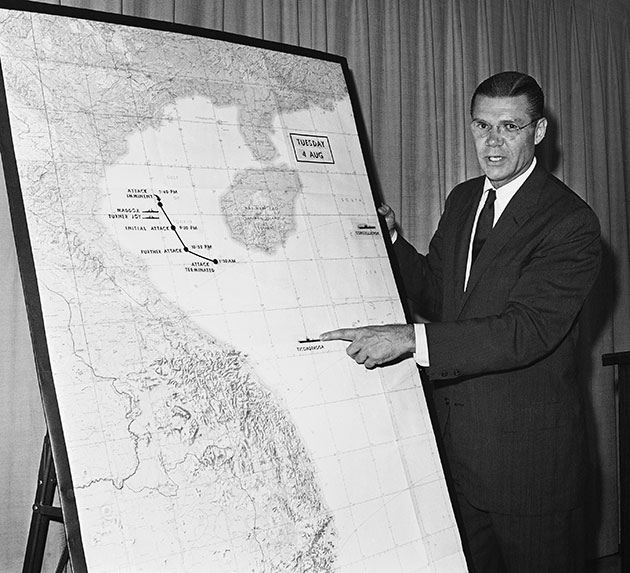 Secretary of Defense Robert S. McNamara in a post-midnight press briefing, August 4, 1964 in the Pentagon points out action in Gulf of Tonkin in August 4 attacks by North Viet Nam PT boats against U.S. destroyers on patrol. McNamara called the attacks unprovoked and deliberate, in view of the previous attack on Aug. 2. Bob Schutz/AP

The supposed August 4th attack on the USS Maddox was used to legitimize the growing U.S. presence in Vietnam and to give the President authority to use the military in the effort to combat Communist North Vietnam. Even Johnson questioned the legitimacy of the Gulf of Tonkin. A year after the incident, Johnson said to then Press Secretary Bill Moyers, “For all I know, our Navy was shooting at whales out there.” 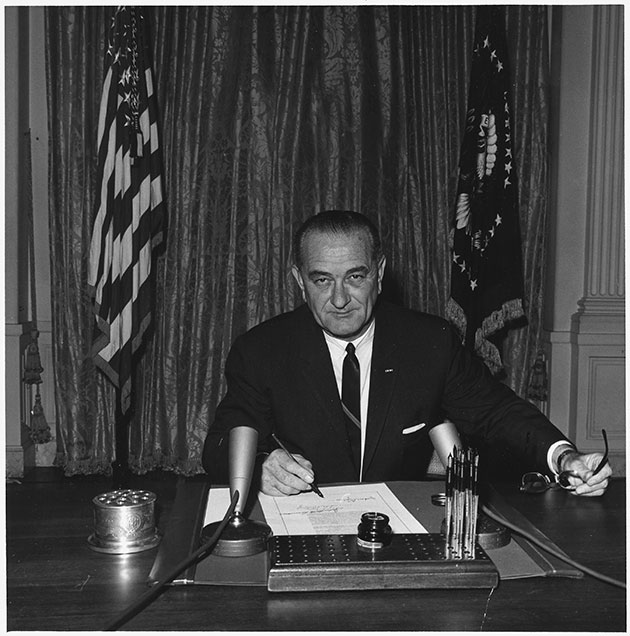