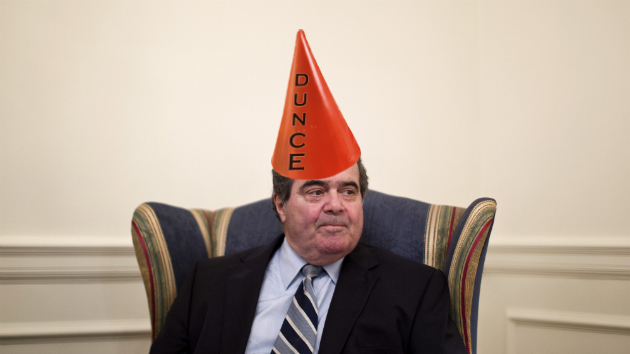 On Monday, the Supreme Court ruled that most private companies can decline to cover their employees’ contraception for religious reasons. This verdict is wildly controversial as a piece of legal reasoning—but its scientific logic is wanting, as well. The contraceptive drugs and devices at issue in the case, after all, do not cause abortion, as Hobby Lobby Stores, the company at the center of the case, claimed. So Hobby Lobby didn’t just have religious objections to those drugs; it had false religious objections.

Yet amazingly—and as we’ll explain further below—Justice Samuel Alito, writing for the court’s conservative 5-4 majority, seems not to have cared whether the entire basis for Hobby Lobby’s beliefs was true. And that’s not the only example of the high court, or at least one of its justices, offending against science and scientific thinking in a legal opinion. Let’s review some other recent examples:

1. When the court decided that companies can’t patent genes: In June of 2013, the Supreme Court issued one of its most scientifically derided opinions, in the case Association for Molecular Pathology v. Myriad Genetics. At issue was whether a company can patent a gene. And the court ruled overwhelmingly that Myriad Genetics, which had patented the well known BRCA1 and BRCA2 genes (mutations of which are tied to breast and ovarian cancer), couldn’t keep those patents. After all, these genes occur in nature, and Myriad merely discovered their sequence and isolated them. Only a “synthetic” form of DNA, which a company has created, can be patented, according to the court.

“I cannot pretend to know who they got to do their biology background research, but any genetics graduate student could have done far better.”

That might appear to make sense (not that you should trust appearances in this area), but the court’s decision—written by Justice Clarence Thomas, but joined by seven other justices—made a number of scientific errors. Steven Salzberg, a professor at the Johns Hopkins School of Medicine, found “no less than three errors of fact” in the first paragraph of the decision. Without nerding out too much, suffice it to say that the court appears to have misunderstood the following key genetic terms: “exon,” “intron,” and “cDNA.” “I cannot pretend to know who they got to do their biology background research,” writes Salzberg, “but any genetics graduate student could have done far better.” For his explanation of how the court erred, see here. (Note: It is not clear these mistakes were material to the decision, and the official ruling on the court’s website no longer contains the “cDNA” error identified by Salzberg.)

And then there was Justice Scalia. He did not simply join the majority; he wrote an opinion “concurring in part and concurring in the judgment,” noting the following:

I join the judgment of the Court, and all of its opinion except Part I–A and some portions of the rest of the opinion going into fine details of molecular biology. I am unable to affirm those details on my own knowledge or even my own belief. It suffices for me to affirm, having studied the opinions below and the expert briefs presented here, that the portion of DNA isolated from its natural state sought to be patented is identical to that portion of the DNA in its natural state; and that complementary DNA (cDNA) is a synthetic creation not normally present in nature.

We’ll leave it up to you to decide what’s worse: a court that gets the facts of genetics wrong, or a justice who throws up his hands and says he isn’t even going to try to understand them?

2. When Scalia said facts don’t matter because judges are inherently biased: But this wasn’t Scalia’s worst scientific moment. That may have come in 2011’s ruling in Brown v. Plata, a lawsuit over California’s overcrowded prisons, in which the court narrowly affirmed a lower court ruling that the state must to reduce its prison population, so as not to violate the rights of prisoners. One major issue under consideration in the case involved whether releasing a large number of “low-risk offenders,” so as to alleviate cramped conditions, would lead to a public safety risk to the public.

Based on “relevant and informed expert testimony” from criminologists and prison leaders, who provided “empirical evidence” and possessed “extensive experience in the field of prison administration,” the Supreme Court majority found “substantial evidence” that “prison populations can be reduced in a manner that does not increase crime to a significant degree.”

Scalia’s dissent was, basically, postmodern. He more or less directly stated that judges can’t consider facts objectively in many situations. Damn the evidence—the lower-court judges were just finding the facts that they wanted to hear:

…the idea that the three District Judges in this case relied solely on the credibility of the testifying expert witnesses is fanciful. Of course they were relying largely on their own beliefs about penology and recidivism. And of course different district judges, of different policy views, would have “found” that rehabilitation would not work and that releasing prisoners would increase the crime rate. I am not saying that the District Judges rendered their factual findings in bad faith. I am saying that it is impossible for judges to make “factual findings” without inserting their own policy judgments, when the factual findings are policy judgments.

In a paper in the Harvard Law Review dissecting the case, Yale law professor Dan Kahan eviscerated Scalia’s dissenting opinion (which was joined by Justice Thomas), calling it “a species of cynicism toxic to reasoned self-government.”

3. When the court shrugged over whether preventing a pregnancy is the same thing as getting an abortion: And then there’s Hobby Lobby, a lawsuit partly based on a faulty scientific premise. In the case, Hobby Lobby objected to paying for four types of emergency contraceptives: Ella and Plan B, which are pills, and two types of intrauterine devices. Women may use any of these four devices after intercourse to prevent pregnancy. In its brief to the court, the company argued that these drugs and devices “may prevent an embryo from implanting in the womb,” which the company’s owners consider abortion. 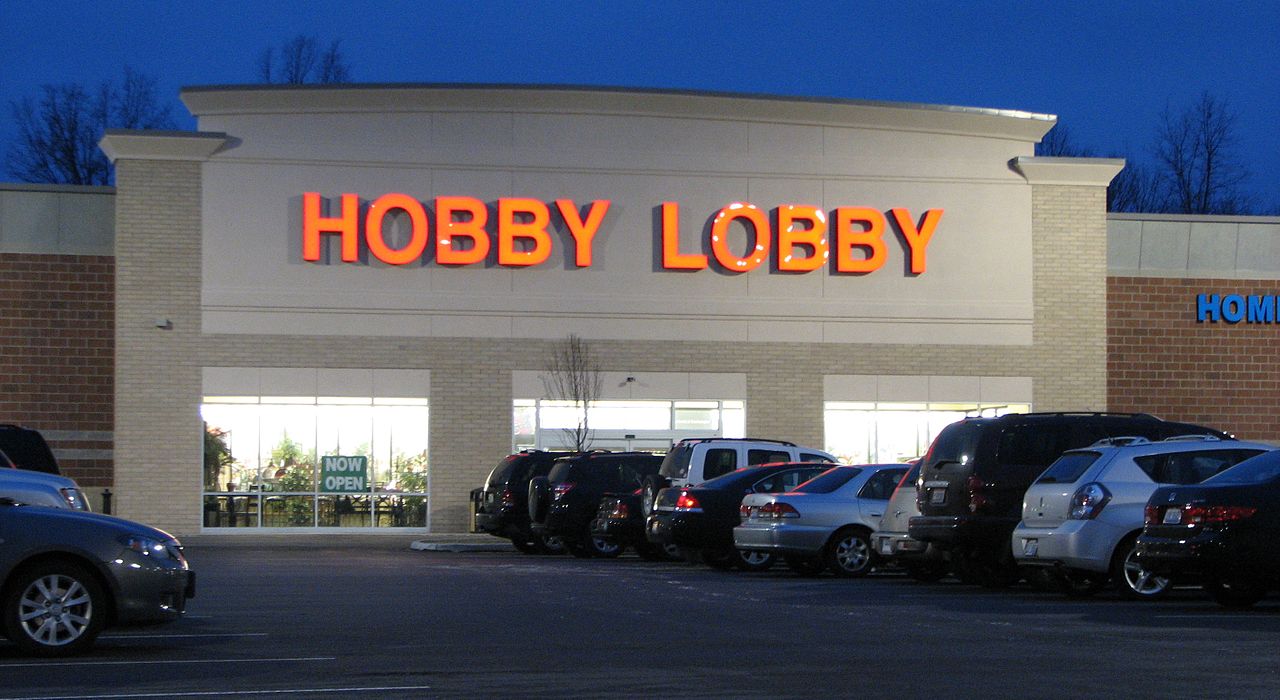 But this is scientifically unfounded, for two reasons. First, medical science defines an abortion as the termination of a pregnancy, and a only pregnancy occurs when a fertilized egg implants in a woman’s uterine lining. A fertilized egg by itself—which usually takes 5 to 9 days to reach the uterine lining—is not a pregnancy. So preventing implantation is not an abortion. Second, Ella, Plan B, and the two IUDs don’t even do what Hobby Lobby says they do. While it was once believed that these drugs and devices prevented implantation, research conducted in the last decade has failed to turn up any supporting evidence. Emergency contraception, the new consensus goes, can only make it harder for sperm to fertilize an egg or delay ovulation—it can’t prevent pregnancy once an eggs has been fertilized.

Still, the craft supply chain and its supporters are fond of saying that the FDA’s Birth Control Guide says the contraceptives question may prevent implantation. But for reasons explained by the Daily Beast, it’s very difficult for the FDA to update its labeling. The label for Plan B, for example, hasn’t been updated since 1999.

The American College of Obstetricians and Gynecologists presented all this to the court in an amicus brief. But the court’s five conservatives didn’t seem to care. In his majority opinion, Justice Samuel Alito wrote that the four contraceptive methods objected to by Hobby Lobby “may have the effect of preventing an already fertilized egg from developing any further by inhibiting its attachment to the uterus”—entertaining Hobby Lobby’s crank theories about reproductive health. In a footnote, Alito explains, “The owners of the companies involved in these cases and others who believe that life begins at conception regard these four methods as causing abortions, but federal regulations, which define pregnancy as beginning at implantation…do not so classify them.” It’s a disturbing show of agnosticism about reality—and whether it actually matters.

4. When the court downplayed race-based voting discrimination: In 2013’s ruling in Shelby County v. Holder, the Supreme Court’s conservative majority hobbled the 1965 Voting Rights Act by striking the formula used to determine which states are “covered” to be unconstitutional. The court reasoned that, compared with the 1960s, racial discrimination has declined in the states required to get federal permission before changing any voting laws or practices. These are mostly Southern states.

However, in an amicus brief to the court, a group of law professors and political scientists clearly demonstrated that conditions of discrimination persist in these states. They presented a wealth of evidence, including survey data on racial attitudes as well as the actual presence of impediments to voting in these states. For instance, the top seven states in which whites showed anti-immigrant prejudices in a 2010 study—Alabama, Mississippi, Texas, Georgia, Louisiana, Alaska, and Arizona—were all states covered by the part of the Voting Rights Act that the Supreme Court effectively dismantled. A 2000 survey found that 37 percent of whites in covered states agreed with the statement, “Blacks have too much influence in American politics today,” compared with just 21 percent of whites in other states. And in these covered states, the prevalence of practices such as requiring photo ID and proof of citizenship to vote was also considerably higher.

“The Shelby County Court failed to acknowledge the substantial empirical evidence of systematic racial disparity that continues to this day in locations originally targeted by the 1965 Voting Rights Act,” wrote two of the scholars in the Duke Journal of Constitutional Law and Public Policy.

To be fair, the court in its past has had much worse scientific moments than any of these. The most scandalous? 1927’s Buck v. Bell, in which the high court basically endorsed eugenics. In the case, the Supreme Court upheld a Virginia state law “providing for the sexual sterilization of inmates of institutions supported by the State who shall be found to be afflicted with an hereditary form of insanity or imbecility.” Delivering the court’s opinion, the famed justice Oliver Wendell Holmes, Jr., wrote:

It is better for all the world, if instead of waiting to execute degenerate offspring for crime, or to let them starve for their imbecility, society can prevent those who are manifestly unfit from continuing their kind. The principle that sustains compulsory vaccination is broad enough to cover cutting the Fallopian tubes.…Three generations of imbeciles are enough.

We’ve come a long way since the days in which an intelligent person could actually write such a thing. But this example—showing just how much even our greatest justices have erred in the past on scientific matters—underscores how important it is for today’s Supreme Court to get not just the law right, but also the facts.