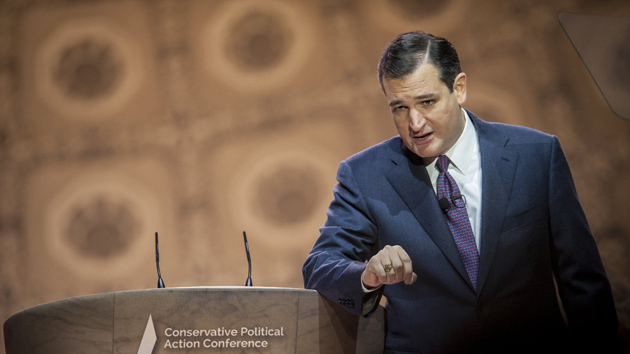 Texas Republican Sen. Ted Cruz Cruz spoke at an anti-gay marriage rally on Thursday hosted by Steven Hotze, a controversial doctor who has told women that birth control would make them unappealing to men and has warned that equality for gays would be a stepping stone to child molestation. Hotze, who runs an alternative medicine practice in suburban Houston and is suing the Obama administration over the Affordable Care Act, organized the event through his political action committee, Conservative Republicans of Texas. Cruz was joined on stage fellow Sen. John Cornyn, and state Sen. Dan Patrick, the party’s nominee for lieutenant governor.

As I reported in April, Hotze’s opposition to gay rights stretches back to at least the early 1980s, when he told Third Coast magazine that gay people “proliferate by one means, and one means only, and that’s recruiting. And they recruit the weak. They recruit children or young people in their formative years.” With that, he was off:

Three years later, after overturning an anti-discrimination ordinance in Houston, Hotze organized a group of eight candidates he considered allies in the fight against homosexuality. He called them “the Straight Slate.” His preferred mayoral candidate said that the best way to fight AIDS was to “shoot the queers.” Hotze told a local newspaper reporter that he cased out restaurants before making reservations to make sure they didn’t have any gay employees and became such a divisive figure in local politics that for a brief period the Harris County Republican Party cleaved in two.

More recently, his PAC spent big bucks to oppose Annise Parker, a Democratic candidate who would become Houston’s first openly gay mayor in 2009. On Thursday, Cruz also signed onto an amicus brief in support of Hotze’s lawsuit against Obamacare, which he contends is unconstitutional because it did not originate in the House. But Hotze is an unusual mascot for politicians who fear Obamacare has ruined the health care system, because he operates largely outside of it. An investigation by the Houston Press raised questions about his medical practice, noting that he had inflated his credentials and touted the healing powers of treatments such as colloidal silver—which can turn patients’ skin permanently blue—which are not covered by health insurance and not backed up by studies.