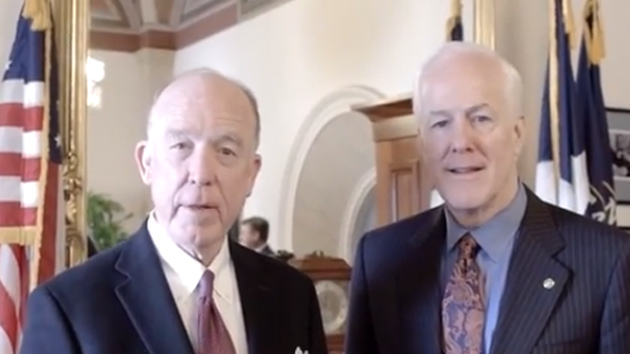 On Fox News, Dr. Steven Hotze is a hero. “He’s the doctor fighting to let you keep your doctor,” declared Neil Cavuto, who recently ran a segment on Hotze’s lawsuit against the Affordable Care Act. Hotze is challenging the health care law on a technicality: All taxation bills must originate in the House, and part of the law was first introduced in the Senate. The case, which is currently before the conservative 5th Circuit Court of Appeals, stands a real chance of heading to the Supreme Court.

Conservatives, desperate for another opportunity to kill the law, have embraced Hotze. He has appeared alongside Texas lieutenant governor candidate Dan Patrick and Sen. John Cornyn (R-Texas) to promote the lawsuit and been a mainstay in conservative media. But while many of Hotze’s high-profile fans have portrayed him as an average doctor who’s standing up for what’s right, his past statements on homosexuality and a range of medical subjects fall well outside the mainstream.

In the 1980s, Hotze was the Houston coordinator of a Christian Reconstructionist group called the Coalition on Revival, which contended then and now that “the ultimate cause of all disease, deformity, disability, and death is the sin of Adam and Eve” and that malpractice suits are un-Biblical. He has inflated his own credentials while endorsing a wide range of alternative treatments and theories (such as the idea that women have been “brainwashed” to take the pill, and should avoid birth control because it makes them less attractive to men) that public health professionals decry and insurance companies don’t cover. And for decades, he’s trafficked in hysteria over equal status for gay citizens, which he has said would give gay people “a free hand to come and have relations with a minor, molest a child.”

Hotze was an activist before he was an alternative-medicine guru. In the early ’80s, he emerged on the Texas political landscape as a voice against homosexuality. “Once you allow them acceptability, then you allow them to proliferate,” he told the Third Coast magazine in 1982. “And they proliferate by one means, and one means only, and that’s recruiting. And they recruit the weak. They recruit children or young people in their formative years.”

Three years later, after overturning an anti-discrimination ordinance in Houston, Hotze organized a group of eight candidates he considered allies in the fight against homosexuality. He called them “the Straight Slate.” His preferred mayoral candidate said that the best way to fight AIDS was to “shoot the queers.” Hotze told a local newspaper reporter that he cased out restaurants before making reservations to make sure they didn’t have any gay employees and became such a divisive figure in local politics that for a brief period the Harris County Republican Party cleaved in two.

“We are an army and we have to fight for what is right,” he told the Times of London in 1994. “I see myself as the cavalry come to fight for the good word and I say let’s saddle up and do battle.”

Hotze’s specialty was down-ballot races, including school board and county judge contests, where voters often knew little about the candidates. His political organization, Citizens for American Restoration, would print sample ballots that recommended candidates. The Texas Ethics Commission ultimately fined him $5,000 for electioneering violations, although allegations that he swapped endorsements for cash were considered too flimsy. When Democrat Annise Parker, whom Hotze had targeted in that 1985 race, was seeking to become the first openly gay mayor of a major American city in 2009, Hotze’s group sent out 35,000 mailers noting her ties to an LGBT political group. (Parker won.)

But it’s Hotze’s medical degree, not his views on gay people, that make him such a compelling flag-bearer for the anti-Obamacare movement. The irony is that Hotze’s practice, the Hotze Health and Wellness Center, has operated largely outside the boundaries of traditional medicine.

In 2005, the alt-weekly Houston Press published an investigation into Hotze’s practice, reporting that he had inflated his credentials and made false promises about products with few proven benefits—many of which were not accepted by the medical community or covered by health insurance. According to the Press, Hotze informed women that birth control make them “less attractive” and claimed that men who lose their testicles have difficulty reading maps. He advocated remedies such as colloidal silver, a compound that can turn patients’ skin permanently blue, for everything from sunburns to bad breath. And he touted his membership in the Association of American Physicians and Surgeons, a conservative alternative to mainstream doctors groups that opposes mandatory vaccination and whose journal has featured articles claiming, among other things, a link between vaccines and autism. Hotze did not respond to multiple requests for comment.

In their rush to support anyone who is fighting Obamacare, conservative lawmakers and pundits appear to have elevated a man with several preexisting conditions.