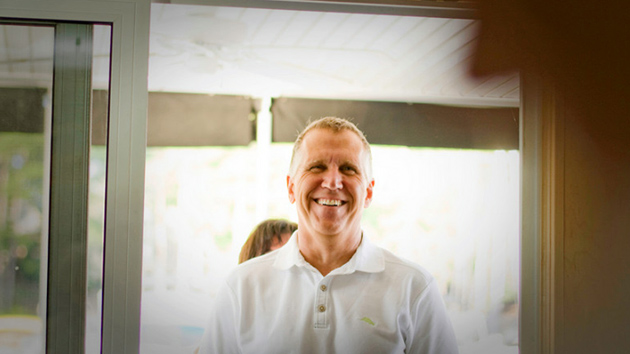 Bullet: dodged. North Carolina speaker of the house Thom Tillis cruised to victory in Tuesday’s North Carolina Republican Senate primary, setting up a general election showdown with Sen. Kay Hagan (D-N.C.) this fall. Democrats had held on to hopes that Tillis, who was endorsed at the last minute by Mitt Romney, would fall short of the 40-percent threshold needed to win the race outright and head into a runoff with Greg Brannon, a far-out tea party doctor backed by Sen. Rand Paul (R-Ky.)

In another election year, Tillis would have been branded the conservative crusader. As the leader of an unpopular state legislature that shifted hard to the right in 2013, Tillis sparked a protest movement and national outrage over his steep budget cuts to social services and harsh restrictions on abortions. In 2011, he told a crowd he planned to “divide and conquer” people who received government assistance and subject them to drug tests. The state’s voter ID law, passed with Tillis’ support, is among the nation’s strictest. The legislature even banned state scientists from calculating sea level rise—just in case.

But Tillis struggled for months to win over the Republican base. At one point, tea party activists leaked audio of an angry Tillis chewing out conservative activists for having the gall to suggest that he was not wearing his “big boy pants.” But while North Carolina conservatives seemed to be clamoring for a better choice, they never settled on an alternative. When Reps. Renee Ellmers and Virginia Foxx decided to sit it out, the best they could come up with was Brannon, an OB-GYN who runs a chain of crisis pregnancy centers in the state and picked up the endorsement, in October, of Paul.

But Brannon was a singularly flawed candidate (even the insurgent-friendly Senate Conservatives Fund sat this one out), which might explain why Paul never came to visit until this Monday. He endorsed the right of a state to nullify federal laws he doesn’t agree with and spoke at a rally co-sponsored by a pro-secession organization, the League of the South. He called food stamps “slavery” and pledged to get rid of the Department of Agriculture. He dabbled in 9/11 trutherism. He floated a novel theory that Planned Parenthood is trying to kill newborns. He dismissed public education as a Marxist plot that “does nothing but dehumanize” kids. When a Huffington Post headline featured a “GOP Candidate:” story anytime in the last seven months, there was a fifty-percent chance that candidate was Brannon.

So it’s not surprising that he lost and Tillis won. What’s surprising is that anyone—especially an aspiring presidential candidate with dreams of making nice with big-time donors—thought fit to elevate Brannon in the first place.