The sun is setting over the San Francisco skyline. Business suits blend with just-purchased city sweatshirts as tourists navigate around the denizens of the financial district into the Montgomery MUNI station. Hurriedly and expressionless, they step past the cardboard signs and bundles of blankets—makeshift concrete bedrooms to protect against another cold night.

After eight years living and performing in the city with his locally based rock band, The Stone Foxes, singer Shannon Koehler has seen this scene many times. “It’s totally unbelievable how many folks are out there who spent the night on the streets,” he says, adding, “They are still there in the morning seeing if you’ll loan them a dime.”

Koehler says he was shocked to see so many homeless when he first arrived in SF from his tiny hometown near the Sierra National Forest. But he was even more taken aback when it eventually occurred to him that he no longer noticed them. “I would walk by the same people everyday and I realized that I don’t know them and all they have been trying to do is say hi. They aren’t even asking for money,” he says. “At some point you start to feel disgusted about how you are seeing the world. Maybe then you need to wake up a little bit.”

This was the inspiration for the Stone Foxes’ “The Goodnight Moon Project.” Playing off the best-selling book for toddlers, Koehler wrote a song from the perspective of someone looking for answers as they fall asleep outside in the cold. The band recruited homeless participants from local shelters and tour stops to perform the song and share their stories. The result was the video below, produced with the help of a grant from the Bay Area company Clif Bar. (They also began collecting canned goods at their shows to donate to shelters.) The band’s aim is to destigmatize homelessness. “The whole idea,” Koehler says, “is to give a face to our fans, so they know: this is who you are helping, and this is what homelessness looks like.”

Marta, an older homeless woman who participated in the project, was warm and open and insisted upon being called “Captain Marta.” There was Count Zee Bop, who played djembe on the song. “He’s a better drummer than I am,” Koehler says laughing. But perhaps the most memorable was Walter, an older African American man whose low singing voice lent itself perfectly to the blues-inspired music. After performing, he approached Koehler to voice his appreciation. He had braved many cold nights under bridges and said the song hit home. He tells stories of police breaking up homeless encampments, and of friends he says froze to death as a result.

Koehler’s lyrics tell the often unspoken story of homelessness from the perspective of those who have experienced it. Yet as the voices come together over the band’s unique brand of bluesy rock, the song lends positivity and optimism to a sad situation. It’s a reflection of Koehler himself, who smiles as he speaks amiably about serious social-justice issues and how important they are to him. He wears the duality well. “My mom calls me a crude Garrisson Keilor—which is actually really close,” he says, laughing. 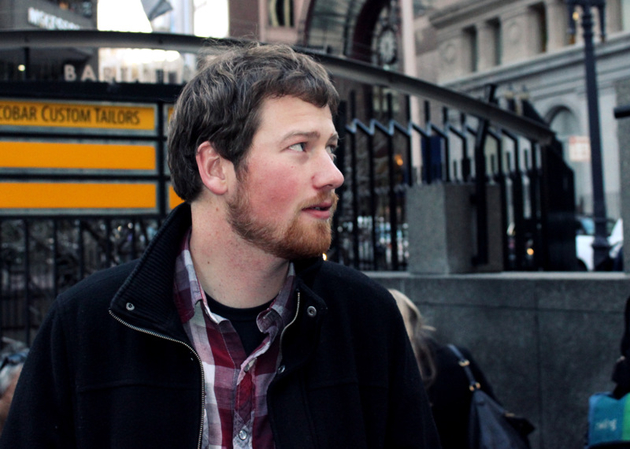 He credits this outlook, and his desire to make a difference, to his upbringing. Raised Mennonite in a rural town East of Fresno he and his brother Spence were taught to value pacifism and community. The band’s sound, too, was influenced by music his listened to as a kid. “The first record that we had was mom’s Led Zeppelin IV, and we had to listen to that on a Fisher-Price turntable,” he says. “It just kept going from there.” He and Spence were 12 and 14 respectively when they started playing together. Without much else to do on 40 acres of land, Spence picked up guitar and Shannon followed suit, playing drums and harmonica.

When they moved to San Francisco for college they were joined by Aaron Mort, (bass, guitar, vocals), and Elliott Peltzman (Rhodes, organ, piano) and began blowing out speakers in small venues throughout San Francisco as The Stone Foxes. By 2010 they were known in the city and were touring around the US, opening for bands like The Black Keys, Cage the Elephant, and Preservation Hall Jazz Band. Through it all they remained committed to their style along with the intention to make their music meaningful.

But they’re not here to preach. “I like lowercase truths” Koehler explains. They want their music to make people feel good. “Our lyrics might be a little more on the political side but [at shows] it is time to party, and there is no other reason to go to a show than to have a good time.”

The Stone Foxes released their third album, Small Fires in 2013, and are gearing up for some “secret” social-media announced shows around San Francisco and festival appearances this Spring and Summer. Attendees should be ready for doctor-defying crowdsurfing—Koehler says his last crowd-surfing injury won’t stop him—and the occasional bra thrown onstage.

And keep bringing your canned goods to the merch booth. The Goodnight Moon Project is permanent, Koehler says. “The easiest thing for anybody to do, is if you are going to go to a Stone Foxes show, just look in your pantry and if you have a little something extra, bring it. We will give you a poster, and you will feel happy.”