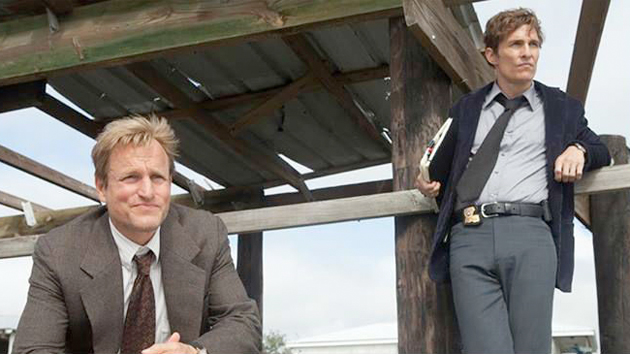 True Detective, a dark new anthology series that premiered on HBO earlier this month, has been greeted with wide critical praise. “True Detective could be the next Breaking Bad,” gushed The New Republic. The philosophical drama (written by Nic Pizzolatto and directed by Cary Fukunaga) stars Matthew McConaughey and Woody Harrelson as Louisiana homicide detectives Rustin Cohle and Martin Hart, respectively. The show follows their hunt for a serial killer, as well as their struggles with inner demons and family.

The series’ brooding atmosphere is framed by an expertly crafted soundtrack—some of the songs are haunting, some are bluesy, some are both. The music is selected by none other than T Bone Burnett, the Oscar-winning producer and musician.

“I have a long history with detective movies—almost as long as I have with rock ‘n’ roll,” Burnett says. “I’ve always been interested in crime and true crime. If you listen to my records, like Criminal Under My Own Hat, you can feel it. I love Chandler and Hammett; I love detective movies.” 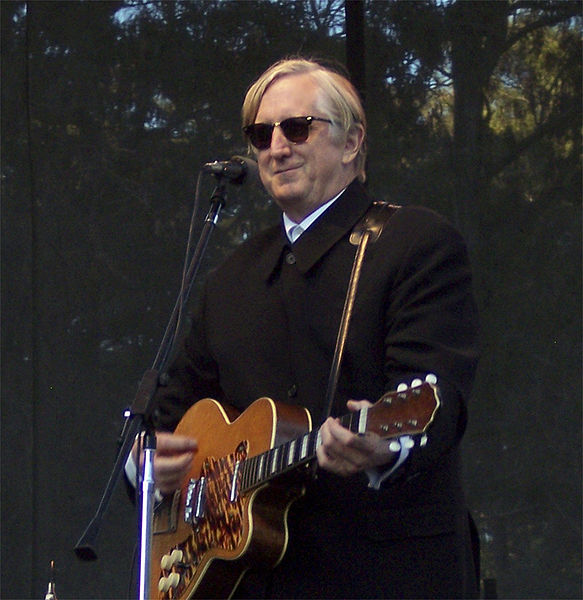 Burnett’s musical accomplishments are wide-ranging: He was musical director for Roy Orbison’s fantastic 1988 black-and-white special and played guitar on the road with Bob Dylan, for instance. In recent years, Burnett has made an even bigger name for himself through his acclaimed work on movie soundtracks, from O Brother, Where Art Thou? to The Hunger Games.

When Burnett cracked open the 500-page script for True Detective‘s first season (each season tells a different story, with the initial one spanning eight episodes), he instantly fell in love with the characters and dialogue (which he calls “some of the best tough-guy dialogue I’ve ever heard”). More than that, he felt an artistic connection to the material.

“It was like reading a good novel,” Burnett says. “Right from the very beginning, when I read the description of a burnt-out field, I thought of the cover of my album Tooth of Crime, and said to myself, ‘This guy’s been tapping my phone!'”

Burnett’s affection for the series comes through in his song selection, which plays like a sinister blues and gospel party mix. When he began working on this project, he and Pizzolatto both agreed that there should be an unofficial policy to veer the soundtrack away from Louisiana swamp blues and Cajun music because “it’s already been done so much,” Burnett says. The soundtrack includes tracks like “Bring It to Jerome” by Bo Diddley, “Clear Spot” by Captain Beefheart and the Magic Band, “Stand By Me” by The Staple Singers, and “Honey Bee (Let’s Fly to Mars)” by Grinderman. “It’s like scoring an eight-hour movie,” Burnett says.

Along with his curation, Burnett has something else planned for True Detective that will please his fans: original music. So far, he has written a piece with jazz artist Cassandra Wilson, and is writing another with singer and banjo player Rhiannon Giddens of the Carolina Chocolate Drops. (He is currently working on a separate album with Giddens.) Both are expected to be featured on season-one episodes. On the latter, Burnett plays a Swarmatron analog synthesizer, which he calls a “great, scary instrument.”

But in picking songs for True Detective, Burnett says he doesn’t really look to other detective or murder-mystery fare (think: Chinatown or Zodiac) for inspiration—he plays more from the gut. “It’s all about the character,” he says. “The depth of character is the breadth of music you get to use. So all I have to do is imagine what they’re listening to, and imagine the stories rattling around in their heads. How do you strengthen that? How do you make that resonate? It’s about having the songs become part of the storytelling.”

Burnett gave me a rundown of how he scored a couple scenes. In the pilot episode, Hart pays a visit to his mistress, a woman named Lisa Tragnetti (played by Alexandra Daddario). “She’s a young woman, and I wanted her to be as interesting as possible, so I gave her some interesting music to listen to that would complicate this character,” Burnett says. “That ended up being ‘Train Song,’ a Vashti Bunyan tune.”

“This show does not avert its gaze. It takes a good, hard look at who we are right now, in a very profound way.”

Since True Detective was HBO’s highest-rated series debut since 2010, it’s likely the drama will get renewed for a second season. If that’s the case, viewers (and listeners) can expect to hear more of Burnett’s score and original music. “Nic and I started talking about it—we’ve been talking about it for a while now,” he says. “I don’t know what Nic’s planning, but if he wants me to do it, I’ll do it.”

As of the time of posting this, True Detective has yet to air its third episode. Burnett (who has seen all eight episodes) assures me that what’s to come won’t just be a serial-killer saga—it’ll be a stark commentary on the modern conditions of a hollowed-out America.

“This show does not avert its gaze,” Burnett says. “It takes a good, hard look at who we are right now, in a very profound way…I live in Los Angeles, and I recently took a drive through the middle of the country, and I was stunned by what I saw. In places that had once had purpose, all that’s left is a pawnshop, next to a gun shop, next door to a motel, next door to a gas station, with a Walmart right outside of town. There are people working three jobs just to get by and having to take methamphetamines to do it. That’s the middle of the country, and that’s a plague that’s spreading outwards. We’re not seeing it, and these are things that you see in the show. It’s making a very strong statement, but I’m not going to say what it is. It’s a story that’s going to unfold soon enough.”

And if you haven’t tuned in yet, here’s a trailer for True Detective: