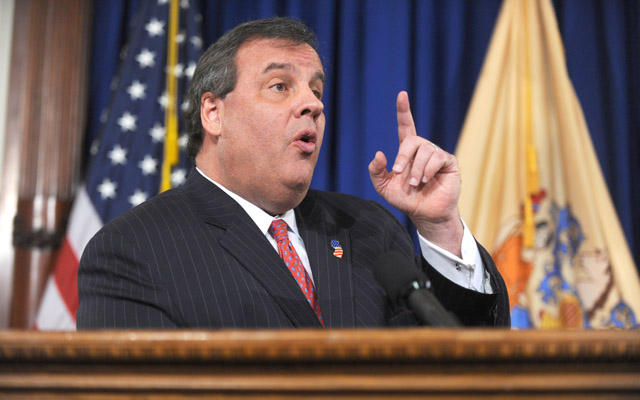 Editor’s note: Alhough the bulk of these emails were released to the public for the first time on Friday, the contents of some were reported by the Wall Street Journal in December.

“I believe this hasty and ill-advised decision violates Federal Law and the laws of both States,” Foye noted, explaining his decision to reopen those lanes to traffic. “I am appalled by the lack of process, failure to inform our customers and Fort Lee and most of all by the dangers created to the public.”

Foye sent his email after four days of heavy traffic jams caused by the closures to nearly a dozen officials at the Port Authority, including chairman David Samson, a Christie appointee.

Private messages released on Wednesday strongly suggested that a top aide to Christie orchestrated the lane closures as an act of political revenge. Samson’s role in the scandal remains unclear.

On Thursday, Christie expressed confidence that Samson played no part in causing the Fort Lee traffic disaster, saying, “I am convinced that he had absolutely no knowledge of this, that this was executed at the operational level and never brought to the attention of the [Port Authority] board of commissioners.” Yet when Foye ordered the lanes reopened on September 13, David Wildstein, a Christie appointee at the Port Authority official wrote to a Christie staffer, “We are appropriately going nuts. Samson helping us to retaliate.”

Another email released on Friday shows an effort to keep the story from going public. On the night of September 13, Foye received an email from Bill Baroni, a Port Authority official appointed by Christie (who resigned in December as the scandal was unfolding). It read, “I am on my way to the office to discuss. There can be no public discourse.”

And another email released on Friday indicates that the Christie crew was worried about Foye. On September 18, Samson wrote Scott Rechler, the vice chair of the Port Authority Board of Commissioners,* that he strongly suspected Foye of “stirring up trouble” by speaking anonymously to a Wall Street Journal reporter about the Fort Lee traffic debacle. He went on: “This is yet another example of a story—we’ve seen it before—where [Foye] distances himself from an issue in the press and rides in on a white horse to save the day In this case, he’s playing in traffic, made a big mistake.”

These emails were released as part of a collection of hundreds of emails and text messages that journalists and investigators are now scrutinizing. Read them here.

Correction: An earlier version of this article failed to note Rechler’s position in the Port Authority. He is the vice chair of its Board of Commissioners.