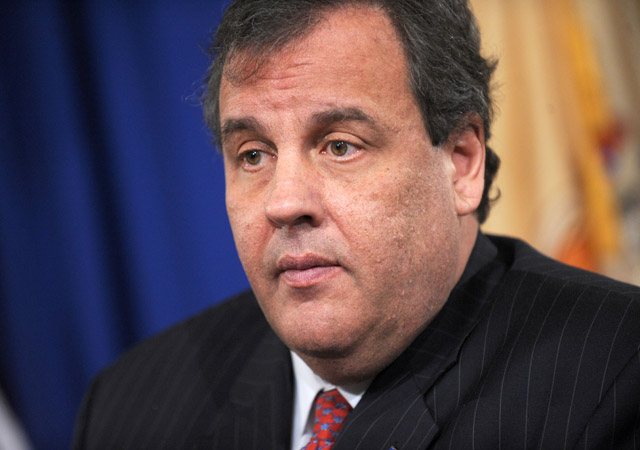 At his Thursday press conference, New Jersey Gov. Chris Christie said he played no part in causing a traffic jam last fall on the George Washington Bridge and in nearby Fort Lee. He ultimately took responsibility for the debacle, but Christie said his deputy chief of staff, Bridget Anne Kelly, had ordered the traffic jam without his knowledge. Emails showed that she had been in cahoots with David Wildstein, a Christie appointee at the Port Authority of New York and New Jersey. Christie fired Kelly on Thursday, and he insisted that she was the only member of his inner circle who knew that the traffic mess was politically motivated and not the result of a supposed traffic study.

Yet text messages turned over to investigators by Wildstein raise the possibility that months before the disclosure this week of Kelly’s bombshell email—the week of September 9 and quickly became a local controversy. Lawmakers began investigating, and on November 25, Bill Baroni, another Christie appointee at the Port Authority, testified before the New Jersey Assembly’s transportation, public works, and independent authorities committee. Baroni told lawmakers that the lane closures were part of a study to determine whether Fort Lee should have three dedicated lanes leading onto the George Washington Bridge.

State lawmakers didn’t buy Baroni’s explanation. “I think that at best this was clumsy and ham-handed,” said committee chair John Wisniewski, a Democrat. “At worst, this was political mischief by a political appointee.”

Immediately after his testimony, according to documents released this week, Baroni texted David Wildstein asking how Christie administration officials in Trenton, the state capital, had reacted to his testimony:

Note the two names in that exchange we have placed in bold type: Nicole and Charlie. According to public records and news stories, the only Nicole politically close to Christie at the time was Nicole Davidman, who was the governor’s campaign finance director in 2013 and the wife of Christie’s press secretary. The only Charlie in Christie’s inner circle was Charles McKenna, Christie’s chief counsel and the aide who helped lead Christie’s internal investigation of the bridge mess. State investigators assume that the Charlie mentioned in this text is McKenna, according to a legislative source, but they are not yet certain about Nicole (though they have not yet identified other possibilities).

Presuming these texts refer to Davidman and McKenna, here’s what needs to be answered: Were these two Christie lieutenants happy about Baroni’s testimony for the same reason as Kelly? Both Kelly and Wildstein knew the study wasn’t the true cause of the traffic mess, and it’s reasonable to conclude that they were delighted because Baroni had stuck to that story and not said anything about Kelly instructing Wildstein to cause the jam that paralyzed traffic in Fort Lee for days. But did Charlie and Nicole cheer Baroni’s bogus testimony in the same way? And what does it mean that Wildstein, the man who arranged the lane closures, lumped together Kelly, the aide who instigated the closures, and Nicole? (Christie touched on this only briefly in his press conference: “I believe that I’ve spoken to everyone who was mentioned in the emails except for Charlie McKenna, who is away at a family funeral. And I am confident, based upon my conversations with them, that they had no prior knowledge nor involvement in this situation.”)

This is just one line of inquiry Bridgegate investigators ought to focus on. Christie asserts that Kelly was the only member of his political team in on the bridge caper. But if others were aware of Baroni’s stonewalling, the governor has a problem—especially if that includes McKenna, whom Christie has used to probe the bridge scandal. At the least, it might be ill-advised for the governor to have a fellow who apparently praised Baroni’s bogus testimony in charge of investigating the cover-up.

Christie’s office did not respond to a request for comment for this article.