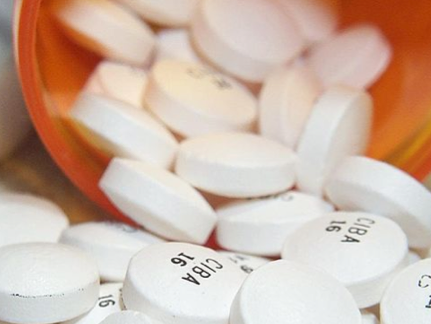 Last month, Mother Jones reported that the Food and Drug Administration had approved a powerful new painkiller called Zohydro over the objections of its advisory board, which voted 11-2 against approving the drug. Now Attorneys General from 28 states (and the US territory of Guam) have asked the FDA to reconsider its approval of Zohydro. In a letter to the agency, the AGs raise many of the same concerns that the advisory panel did, noting that the drug lacks adequate safeguards to prevent it from being abused and could exacerbate America’s epidemic of painkiller deaths. Here’s an excerpt from the AGs letter, which was dated December 10:

State Attorneys General do not want a repeat of the recent past when potent prescription painkilling drugs entered the market without abuse-deterrent qualities and without clear guidance on how they were to be prescribed. This created an environment whereby our nation witnessed a vicious cycle of overzealous pharmaceutical sales, doctors over-prescribing the narcotics, and patients tampering with these drugs, ultimately resulting in a nationwide prescription drug epidemic claiming thousands of lives.

Zohydro, which is made by a company called Zogenix, is five to ten times stronger than Vicodin, making it very similar in potency to OxyContin, a widely abused prescription drug that has contributed to the tens of thousands of painkiller-related deaths in the United States. OxyContin, however, now includes a gel that prevents the drug from being crushed and snorted. Zohydro was approved without that measure. Zogenix has entered into a $750,000 agreement with a Montreal-based company, Altus Formulation Inc, to help make the drug abuse-deterrent, but it’s unclear whether the formula will be ready by the time Zohydro hits the market in a few months.

The Attorneys General don’t think that’s sufficient. “We hope that the FDA either reconsiders its approval of Zohydro ER, or sets a rigorous timeline for Zohydro ER to be reformulated to be abuse-deterrent while working with other federal agencies to impose restrictions on how Zohydro ER can be marketed and prescribed,” they wrote in their letter.