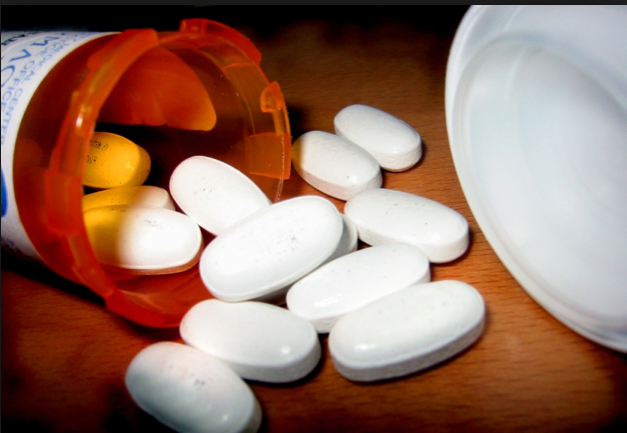 Late last month, the US Food and Drug Administration made it significantly harder for doctors to prescribe Vicodin, Lortab, and other highly addictive painkillers that have killed tens of thousands of Americans over the past decade. Lawmakers praised the agency’s move, but the next day, over the objections of its medical advisory board, the FDA approved Zohydro, a new drug that has 5 to 10 times more of the heroin-like opioid hydrocodone than Vicodin.

“If you approve this pill, you surely will be signing a death sentence for thousands of people, especially young kids,” Avi Israel, a father whose 20-year-old son committed suicide after becoming addicted to doctor-prescribed hydrocodone, told FDA officials at the December hearing.

The FDA’s advisory board, an appointed group of medical experts who evaluate drugs used in anesthesiology and surgery, voted against Zohydro 11-2 last December. As several board members noted, most opioid painkillers on the market also include acetaminophen, the main ingredient found in Tylenol, a combination that is less likely to lead to addiction. But like OxyContin, the “Hillbilly Heroin” the Drug Enforcement Agency has blamed for hundreds of deaths in a single year, Zohydro includes a high dose of its main opioid ingredient undiluted by acetaminophen. That could lead to higher rates of abuse, the FDA’s medical advisers warned.

The Centers for Disease Control and Prevention has released data showing that painkillers are essentially the worst drug epidemic in US history, killing 16,000 people in 2010 alone. Painkillers that include hydrocodone and its cousin, oxycodone, are widely abused by users who crush, snort, or inject the drugs, seeking a high. Zohydro is made from high-dose hydrocodone undiluted with acetaminophen; OxyContin uses undiluted, high-dose oxycodone. “Oxycodone and hydrocodone are very similar drugs and Zohydro (extended release hydrocodone) is similar to OxyContin (extended release oxycodone),” Andrew Kolodny, chief medical officer at the Phoenix House Foundation?, a nonprofit drug and alcohol rehabilitation center, tells Mother Jones. “This drug will almost certainly cause dependence in the people that are intended to take it,” Judith Kramer, a professor at Duke University Medical Center who voted against the drug, testified in December.

Among the advisory board’s other objections: Zohydro’s manufacturer, Zogenix, disregarded FDA recommendations that opioid painkillers include a gel-like plastic preventing them from being crushed and snorted; the drug is meant to be used by cancer patients, but was never widely tested on those patients; and during the study’s trial run, 2 of 575 test subjects are believed to have committed suicide, one by hoarding the drug and overdosing after the study was over.

The FDA says that making painkillers less likely to be abused is a “public health priority.” One such abuse deterrent, now standard in OxyContin, involves injecting the pills with a gel so that they can’t be crushed and snorted. But Zohydro doesn’t come with that measure. On November 4, Zogenix entered into a $750,000 agreement with a Montreal-based company, Altus Formulation Inc, to help it come up with an abuse-deterrent formula—but it’s not clear how long that will take, or whether it will be ready before Zohydro hits pharmacy shelves in four months.?? Zogenix did not respond to multiple requests for comment.

“This is a colossal mistake on the FDA’s part,” David ?Jurrlink, a scientist with the Sunnybrook Research Institute at the University of Toronto, tells Mother Jones. “Because this isn’t tamper-resistant like OxyContin, there is a real concern that it will be preferentially sought by people who want to abuse it. It boggles the mind.” Liscinsky, a spokesperson for the FDA, confirmed to Mother Jones that Zohydro “is not abuse-deterrent,” but noted that “FDA does not believe it is feasible at this time to require that all new solid oral-dosage form opioids have abuse-deterrent properties.”

Before approving Zohydro, the FDA examined one study of the drug’s effectiveness. In that, study, researchers gave Zohydro to about 1,500 patients. One phase of the study, which weighed the drug against a sugar pill, showed that subjects taking Zohydro for chronic lower back pain reported less pain than those who received the placebo over a 12-week period. The study definitively showed that Zohydro “was superior in controlling pain,” Stephen Farr, the cofounder, president, and chief operating officer of Zogenix?, told the FDA. But the results were not dramatic enough for some members of the FDA’s advisory panel.

“I am concerned that there’s a very modest change in the pain scores. With a lot of methodologic reworking, it is convincing as a study, but not that convincing,” Jeanmarie Perrone, the director of the division of medical toxicology at the University of Pennsylvania, said during the December hearing. “I have my doubts.” She went on to vote against the drug’s approval.

In another part of the study, researchers gave Zohydro to with a variety of chronic pain conditions to test for possible side effects over a period of six months to a year. The main side effects reported by the test subjects were non-life-threatening symptoms like nausea, fatigue, headache, and dizziness. But a few subjects reported ?more serious side effects, including “mental impairment.” According to Liscinsky, the FDA spokesperson, of 575 subjects in the chronic pain population who were given Zohydro, 5 died. The first four deaths—one of which was a completed suicide, by carbon monoxide poisoning, and another which was caused by drug toxicity from other painkillers—”were unlikely [to be] related to study medication?.” The fifth death was “an apparent suicide” by a patient who “hoarded study medication” during the study and died from an overdose of the drug about a year after the study was over, Licinsky says.

“If we had this issue arise of diversion and potential abuse in a closely monitored situation with multiple professionals, then how do we control this substance in the larger marketplace where we don’t have the same controls underway?” Rodney Mullins, the national director for Community Health Advocates and the consumer advocate on the FDA advisory committee, asked at the December hearing. He, too, went on to vote against the drug.

Panel members also raised concerns about Zogenix’s marketing strategy. Cancer patients will be eligible to take the drug, but only five cancer patients took it during testing. “You’re asking us for an approval that will be used much more broadly,” said Kramer, who also noted that Zogenix sales representatives will be compensated, up to a certain point, based on the number of Zohydro prescriptions they can convince doctors to write during the drug’s first year on the market.

“In Texas, I have six pain clinics that in a 15-month period wrote between almost 24,000 and 43,000 scripts…Those guys are still in operation. So we need to be very aware that these people who are into making the money, just because you call [Drug Enforcement Agency] doesn’t mean things are going to happen quickly,” Jane Maxwell, a senior research scientist at the Addiction Research Institute who voted against the drug, said at the hearing.

Farr, Zogenix’s president, testified at the hearing that the company believes it can control abuse of the drug by limiting its availability and focusing on the patients who need it. The FDA is not allowing any prescription refills with Zohydro, and notes that there will be stringent recordkeeping, reporting, and physical security requirements for the drug. But James Breitmeyer, the chief medical officer at Zogenix, acknowledged, “There’s an unfortunate linkage between opioid abuse and suicide. And that will be an important part of the training that we do.?”

The two panel members who voted for the drug argued that Zogenix has met the FDA’s safety standards and posed no greater risk than current painkillers on the market. The FDA agrees. “FDA has concluded that the benefits of Zohydro ER outweigh its risks when used as provided in the approved labeling,” Licinsky, the FDA spokesman, tells Mother Jones.

But at the December vote, some doctors weren’t willing to take that risk. “I happen to live in the real world,” said Alan Kaye, a doctor who chairs the anesthesia department at the Louisiana State University School of Medicine, explaining why he was voting against the drug. “I certainly feel there would be quite a bit of morbidity and mortality that would result.”