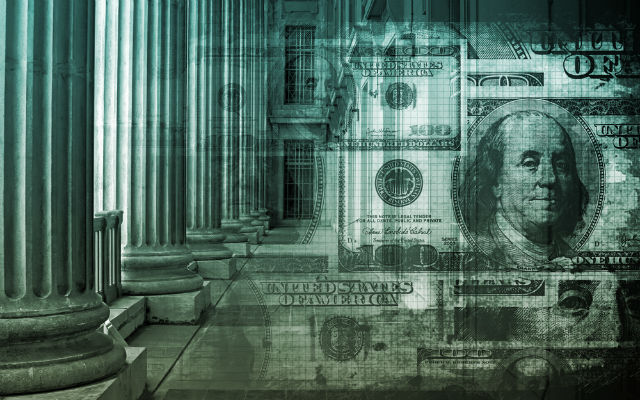 DonorsTrust is the conservative movement’s little-known but hugely influential cash machine, a conduit for millions of dollars in anonymous donations to anti-union legal shops, climate change deniers, pro-life advocates, libertarian think tanks, media watchdog groups, and a panoply of other right-leaning causes. Wealthy conservatives use DonorsTrust as a surefire way to invest their money, fingerprint-free, with the assurance it will end up in the right hands. According to new tax filings obtained by Mother Jones, DonorsTrust is growing increasingly popular among the bankrollers of the conservative movement.

Last year, DonorsTrust (and its sister group, Donors Capital Fund) doled out a record $96 million, making it one of the largest honeypots for right-leaning groups. That’s an increase from $85 million in 2011 and $78 million in 2010. DonorsTrust CEO Whitney Ball, who cofounded the group in 1999 and sometimes appears at the Koch brothers’ donor summits, says the increased giving stems from her organization’s growing profile and also conservative donors’ anger at the Obama administration. And despite worries about donor burnout within the conservative ranks, Ball says DonorsTrust is on track for another great year in 2013.

One of the biggest winners to emerge from the hundreds of pages of DonorsTrust tax documents is the Franklin Center for Government and Public Integrity, a Virginia-based nonprofit that trains conservative and libertarian think tanks to do investigative journalism, funds right-leaning news outlets, and hires reporters for those outlets. The Franklin Center received $9.2 million from DonorsTrust and Donors Capital Fund, which accounted for nearly $8 of every $10 in grant money received by the Franklin Center in 2012. (The Franklin Center did not respond to multiple requests for comment.)

As local media coverage of state politics has dwindled, the Franklin Center—led by a former executive director of the North Dakota Republican Party—has tried to fill the void. Launched in 2009, the Franklin Center brags that it now provides 10 percent of all daily news reporting in 38 states across the country. (Franklin Center affiliates such as MarylandReporter.com, Missouri News Horizon, Texas Watchdog, and TNReport, among others, also received DonorsTrust money of their own.) Franklin Center affiliates cast themselves as “watchdogs” sniffing out government waste and corruption. Gene Gibbons, a former White House correspondent for Reuters, labeled (PDF) Franklin-backed outlets “journalism with an asterisk” that are potentially “trying to sway public opinion or promote a political agenda with deceptive means.”

Other major recipients of DonorsTrust money include the Mercatus Center ($3.9 million), a libertarian think tank housed at George Mason University in Fairfax, Virginia. Mercatus has long-standing ties to the billionaire industrialist Charles Koch, who sits on the group’s board; Koch’s top political adviser, Richard Fink, founded Mercatus and is also a member of the think tank’s board. The Committee for a Constructive Tomorrow, a leading denier of man-made climate change that publishes the skeptic site ClimateDepot.com, pocketed more than $3.34 million. And the Hudson Institute, a 52-year-old Washington-based think tank, nabbed a $4 million donation from DonorsTrust. Other big-name recipients of DonorsTrust money include the American Legislative Exchange Council, the conservative “bill mill”; the State Policy Network, which oversees state-level conservative think tanks in all 50 states; and the charitable arm of the Koch-funded Americans for Prosperity advocacy group. DonorsTrust does not fund so-called 501(c)(4) groups, the kind of politically active nonprofits that played an outsize role in the 2012 elections.

DonorsTrust is not the actual source of all the money it disperses. It’s a “donor-advised fund,” which is different from a traditional family foundation. People who donate to DonorsTrust don’t have the final say over where their money goes, but they do get to recommend what they want to fund. (Because DonorsTrust advertises itself as a right-leaning organization, there’s no concern that the money will go to liberal outfits.) By giving up some control of their money, DonorsTrust contributors get a bigger tax write-off.

DonorsTrust isn’t the only donor-advised fund on the ideological spectrum. On the left there’s the Tides Foundation, which also accepts anonymous donations and gives out money to thousands of progressive nonprofits each year (including Mother Jones’ parent nonprofit, the Foundation for National Progress).

Like Tides, DonorsTrust legally doesn’t have to reveal its contributors, but a small handful of them have disclosed their contributions. As I previously reported, the Knowledge and Progress Fund, a 501(c)(3) nonprofit connected to Charles Koch, gave $2 million to DonorsTrust in 2010, and the charity run by Amway cofounder Richard DeVos gave $1 million in 2009 and $1.5 million in 2010.

These wealthy conservatives and libertarians are drawn by DonorTrust’s iron-clad promise, Ball says, that it will never let their money end up in the hands of left-leaning groups. As I wrote in February:

Rich folks can give to DonorsTrust and rest easy knowing that their millions will continue bankrolling the conservative movement long into the future, even after their death. They don’t have to worry that, after they die, their heirs and trustees will use their bucks for causes they would never support. Ball points to the Ford Foundation as one example of a major charity that, in her view, drifted leftward over time and away from the ideals of man who started it, industrialist Edsel Ford. DonorsTrust promises its funders that conservative money stays with conservatives. “Greenpeace won’t get a dime from us,” Ball told the National Review in 2001.