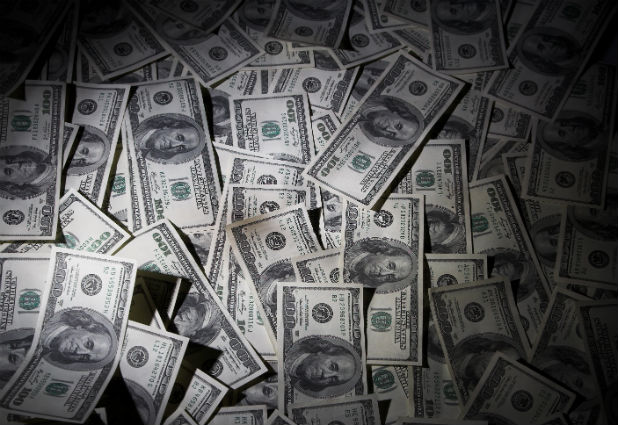 A little-known liberal group backed by the Democracy Alliance, the exclusive club of several hundred wealthy donors that funds an array of progressive causes, has adopted an unusual strategy to achieve its mission of ridding US politics of the corrupting influence of big money: raising and spending gobs of cash from undisclosed, wealthy political donors.

The event had a single goal: convincing well-heeled donors to invest in a $40 million “surge” to combat the flood of big money into American politics. That money, to be raised over five years, according to internal planning documents obtained by Mother Jones, will be funneled through the Fund for the Republic (FFR), a 501(c)(3) charity founded in September 2012. Nick Penniman, a progressive fundraiser who runs the fund and helped organize the “Crony Democracy” event, says his group will dole out those funds to groups involved in lobbying, grassroots advocacy, litigation, and electoral work aimed at strengthening ethics and campaign finance reform laws.

Penniman says he envisions FFR and its sister group, a 501(c)(4) nonprofit called Action for the Republic (AFR)—neither of which have to disclose their donors—as an “American Cancer Society for American democracy.” By that he means an ATM of sorts for the government reform movement, a central hub to which reform-seeking donors can give $50 or $5 million and know their money will underwrite the most-effective efforts. “Our long-term goal is to try to take the pain and confusion out of the giving to the cause of democracy,” he says.

Read the agenda for “Crony Democracy”:

Penniman laid out a threefold strategy for deploying those funds. In the near term, FFR and AFR will be looking to finance expansions of existing reform groups, ramp up grassroots mobilizing around the issue of money in politics, and recruit new donors and activists, especially young people, religious figures, and Republicans. Yes, Republicans. McKinnon, former John McCain counsel Trevor Potter, and former Dick Cheney aide Juleanna Glover are compiling a report for FFR identifying support within the GOP for the types of money-in-politics reforms supported by FFR.

With an eye toward the 2014 and 2016 elections, AFR plans to fund groups working to defeat politicians who oppose campaign finance reform—such as Sen. Mitch McConnell (R-Ky.)—and to elect supporters of the cause. Documents provided to Mother Jones say this political work will be funded “primarily” by AFR, which, as a so-called social-welfare group, can engage in electoral activity as long as these efforts don’t eat up a majority of the group’s money and time.

FFR’s long-term focus will be on the courts—investing in legal experts and litigation that “provide a counterweight to Citizens United and other legal decisions that undercut the primacy of individual citizens in our political process,” according to FFR planning documents.

Penniman acknowledges that FFR’s $40 million “surge” is a pittance compared to the $3 billion spent on lobbying in 2011 or the $7 billion dumped into federal elections in 2012. But it’s significant considering what’s currently spent on good-government and campaign finance reform. In a 2013 essay for the journal Democracy, Penniman noted that combined budgets of the existing money-in-politics groups amounted to about $45 million a year, and the combined staff of every reform group was around 280 people, the size of a single midsize law firm. He argued that US philanthropy had a “blind spot for democracy, which has led to a chronic underinvestment in the cause of reform.” In that piece, Penniman set his sights far higher than raising $40 million: He called for $3 billion a year—or 1 percent of all annual philanthropy—on “democracy”-related issues.

FFR joins a growing crop of progressive groups coalescing around the issue of money in politics and, in some cases, trying to counter the flow of conservative dark money. Last December, top officials from the Sierra Club, NAACP, Greenpeace, the United Auto Workers, the Center for American Progress, and dozens of other progressive groups met at the National Education Association’s headquarters to strategize and pledge money and staff power for several process issues: filibuster reform, voter ID laws, and campaign finance. The coalition called itself the Democracy Initiative—not to be confused with the Democracy Alliance.

Julie Kohler, the Democracy Alliance’s managing director, says her group recommends to its members that they donate to FFR because today’s big-money politics often stands in the way of members’ policy goals, such as combating climate change. “Until we address this, we’re never going to be able to see progress on the reforms and policy changes that DA partners really care about,” Kohler says.

Of course, FFR’s strategy—raising big money, anonymously, and using it to undercut big-money politics—leaves the group vulnerable to charges of hypocrisy. David Keating, the president of the anti-regulation Center for Competitive Politics, says that if FFR and the Democracy Alliance believe in greater transparency and limits on political spending, they should publicize their meetings, the names of their donors, and how much those donors give. “If they really think these ideas of more disclosure and more restrictions on political organizing are good,” Keating says, “they should be using them right now.”

Referring to his group’s decision not to reveal its donors, Penniman says, “All of the organizations we work with play by the current rules. Until the rules are changed, it’s hard to expect anyone to stop playing by them.” He adds, “It will take big money to fight big money. We want to help bring this fight up to a scale at which we all have a much higher probability of winning.”