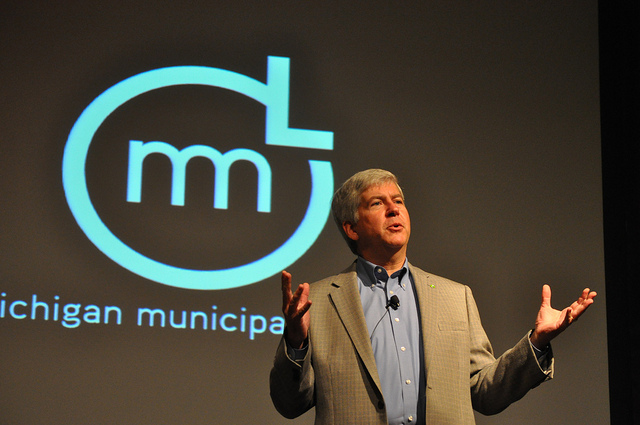 For months, Michigan Gov. Rick Snyder has been under fire for a nonprofit his administration has used to pay the salary of a top lieutenant, as well as housing and travel costs for Kevyn Orr, the emergency manager appointed by Snyder to shore up Detroit’s finances. On Monday, Snyder announced he would soon dissolve the nonprofit, known as the New Energy to Reinvent and Diversify (NERD) Fund.

Snyder told reporters, according to the Detroit Free Press, that the NERD Fund—which has never disclosed its donors—was becoming a distraction. “I think it is appropriate to say, ‘Let’s wind it down and go forward in a fund where all the donors will be disclosed and the information will be online,'” he said.

Allies of the governor incorporated the NERD fund in February 2011, shortly after Snyder took office, to offset the costs of certain employees and initiatives. Its goal, as the fund’s directors put it, to “advance good government in Michigan while easing the burden on taxpayers.” The NERD Fund raised $1.3 million in unlimited donations from anonymous sources in 2011, but just $368,000 in 2012, according to tax filings. The only publicly revealed donor to the NERD Fund is the pharmaceutical chain CVS, which gave $1,000 in March 2012, according to a company disclosure.

Earlier this month, Snyder testified under oath that he didn’t know who the NERD Fund’s donors were. That hasn’t stopped Snyder’s critics, mainly the state’s labor unions, from raising questions about the influence gained by the fund’s donors.

A spokeswoman for Snyder said the NERD Fund will not reveal its previous donors even after dissolving—a decision that raised fresh questions about the fund’s backers. “Closing the NERD Fund without full disclosure of past donors only begs the question: What is Gov. Snyder hiding?” Karla Swift, president of the Michigan state AFL-CIO, told the Detroit News.