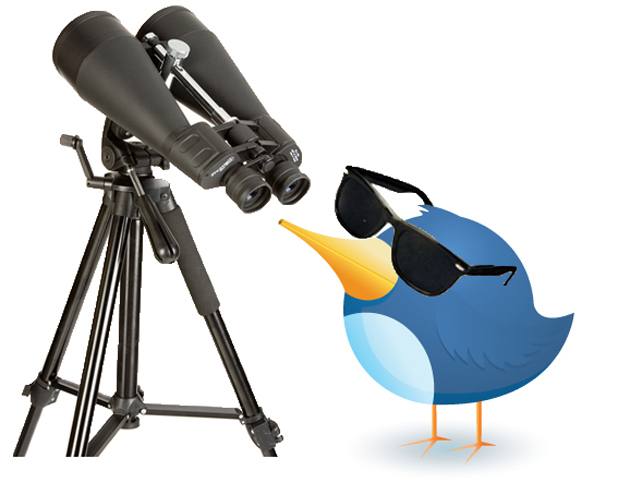 Facebook gets all the bad press, but the bigger threat to your online privacy these days might be your Twitter account. Twitter knows you much better than you may realize. And as it prepares for an IPO, it’s taking steps that may allow it to profit from your data in ways that would provoke howls of protest were Mark Zuckerberg to try the same.

Until now, by design, Twitter has mostly dodged privacy concerns. It’s a given that anyone can see your tweets (unlike those beer pong photos you stupidly shared on Facebook). Twitter already analyzes your tweets, retweets, location, and the people you follow to figure out which “Promoted Tweets” (a.k.a. ads) to inject into your timeline. That’s the Twitter everybody knows and accepts, but it’s not the Twitter that big advertisers and investors really care about.

Much of the data Twitter collects about you doesn’t actually come from Twitter. Consider the little “tweet” buttons embedded on websites all over the net. Those can also function as tracking devices. Any website with a “tweet” button—from Mother Jones to Playboy—automatically informs Twitter that you’ve arrived. Last year, Twitter announced that it would start using its knowledge of your internet browsing habits to better recommend people to follow on Twitter. That’s a step beyond the approach of Facebook, which claims its “like” buttons are never used for tracking. And it’s not a big leap from there to using the same information to serve you targeted ads on all sorts of mobile platforms.

“It is certainly true that once a company starts monetizing its data, privacy problems often emerge,” says David Jacobs, the consumer protection counsel for the Electronic Privacy Information Center (EPIC). “If Twitter goes down that road, which it probably will, it will have to deal with the same privacy issues that Facebook and Google have dealt with.”

Like it or not, that’s just a small part of how Twitter is rebalancing profits and privacy. In July, the company announced a new targeted advertising initiative, which it sought to explain, a bit disingenuously, through the example of a “local florist shop” that “wants to advertise a Valentine’s Day special on Twitter…

They’d prefer to show their ad to flower enthusiasts who frequent their website or subscribe to their newsletter. To get the special offer to those people who are also on Twitter, the shop may share with us a scrambled, unreadable email address (a hash) or browser information (a browser cookie ID). We can then match that information to accounts in order to show them a Promoted Tweet with the Valentine’s Day deal.

Of course, advertisers with this level of sophistication aren’t likely to be local florists. They’ll be multinational companies like Toyota or identity brokers such as Acxiom, which will match personal Twitter accounts with the detailed consumer profiles that they keep on millions of Americans. Last year, Facebook quietly rolled out a similar program known as Custom Audiences.

“Most advertisers are seeing three different fuzzy images for the same person, and trying to hit one of them.”

But whatever. These moves might seem quaint a year from now, when Twitter ranks as the most sophisticated advertising platform in cyberspace. Earlier this month, the company announced that it was acquiring MoPub, a middleman that places ads within mobile apps. “The MoPub acquisition allows Twitter to fundamentally change how mobile ads are purchased and places them at the forefront of how mobile, Web, and social ads interact,” Antonio Garcia, a former Facebook employee and creator of its FBX real-time ad exchange, wrote on his blog last week. “This makes Twitter the most interesting company in advertising right now.”

It also makes Twitter the most interesting challenge to online privacy. But before we get into why, you should understand how MoPub works:

Let’s say Amy uses her smartphone to shop for shoes at Zappos.com before taking a break to play Rovio’s Angry Birds. Rovio’s server instantly recognizes Amy based on her phone’s unique device ID (a sort of online fingerprint). It takes this information to the MoPub ad exchange, where it solicits bids for the right to show Amy an advertisement in between her rounds of killing pigs. Zappos, disappointed that Amy recently left its website without buying anything, might pay Rovio a premium for the right to show her its ad in the hope of luring her back with, say, a picture of those metallic gold pumps she’d lingered on.

Twitter has in its possession a digital Rosetta Stone that enables it to know who you are, wherever you are.

While MoPub knows a lot about which websites and apps Amy has used, there’s still a lot that it doesn’t know. If Amy sets down her phone and buys those gold pumps using her laptop, MoPub (and Rovio and Zappos) won’t know that she’s the same person who was just playing Angry Birds. That’s because MoPub doesn’t actually know who Amy is. It knows her device IDs, but not the fact that they’re linked to Amy, this person who enjoys playing Angry Birds and shopping for pumps.

“There is actually a deeply fractured state of targeting right now,” Garcia told me. “It’s like that line in Rocky III when Rocky is getting his ass kicked by that Russian guy. Rocky says, ‘I see three of ’em,’ and his trainer says: ‘Oh, hit the guy in the middle!’ Most advertisers are seeing three different fuzzy images for the same person, and trying to hit one of them, when it’s really just one person.”

Enter Twitter. Many of its 200 million users tweet from all of their devices—laptops, desktops, smartphones, iPads etc. That means Twitter has what only a handful of other tech titans possess: a digital Rosetta Stone that enables it to know who you are, wherever you are.

By now, you’ve probably figured out where this is all going. Assuming Amy uses Twitter, the MoPub/Twitter hydra can now offer Zappos the rare chance to target her at just the right moment on whole a slew of apps and websites and, most importantly, on any and all of her devices.

Twitter’s identity data would transform the typical bargain-basement mobile ad into a premium product worth 100 times as much.

Twitter spokesman Jim Prosser wouldn’t say whether Twitter actually intends to do this, but the cost of not doing it would be huge. As Garcia points out on his blog, Twitter’s identity data would transform the typical mobile ad from some bargain basement thing that costs advertisers 20 cents per thousand “impressions” to a premium ad product worth 100 times as much.

Acquiring MoPub is “a bigger, ballsier bet than my former employer ever made,” Garcia writes, “and it puts Twitter way ahead of any other social media player. I hate the douchey cant of MBA-speak, but to the extent to which we can use the term ‘game changer’ without puking in our mouths, this move is that.”

Garcia readily acknowledges that Twitter must first confront some thorny privacy issues. “Using Twitter.com data on other inventory I think might potentially irk people, and that might even transcend the magic Twitter shield”—the perception that Twitter can do no wrong. That’s one reason why Facebook hasn’t tried something similar with its FBX ad exchange, which for now only sells ads that appear within Facebook. “If what you are doing is injecting data from Facebook onto an outside ad network, it gets a little bit more dodgy,” Garcia explains. “It’s like, ‘What is Facebook doing getting all up in my face while I am playing Angry Birds?'”

The use of MoPub also raises some questions about data security. “Say you are a bad agent,” Garcia points out. “How do you hack the system? Well, I could just sit there and listen in on MoPub’s exchange feed. They are offering me opportunities all the time. Here’s Josh, here’s Mary, and they’re passing along data: They’re into motorcycles. They’re into Pottery Barn—and I could just take that data and use it somewhere else.”

Garcia doubts that Twitter will actually let that happen. The company could find ways to conceal a significant amount of information about its individual users on the MoPub exchange, although doing so would mean leaving some profit on the table in the short term. MoPub didn’t respond to a detailed message sent to its address for press inquiries, and Twitter’s Prosser would not comment on the company’s plans for MoPub.

So, will Twitterers care whether the company shares their data with advertisers? Maybe not. Since the site serves as a public platform rather than a private social network, targeted ads next to tweets may feel less invasive than they would next to Facebook posts. And even if Twitter’s integration with MoPub raises new privacy issues, they may not be evident to users. Amy, for instance, would have no way of knowing that Twitter enabled the Zappos ad on her Angry Birds screen.

So far, Twitter has proven highly sensitive to privacy concerns. Having learned from Facebook’s mistakes early on, it publishes an easy-to-understand privacy policy that allows users to quickly opt out of its tracking functions and respects the do-not-track settings in internet browsers. It also has earned public trust by resisting and exposing government efforts to subpoena Twitter users’ data—to the extent that the Electronic Frontier Foundation named it the best large tech company for protecting your data from the government.

Polls also suggest that most internet users don’t mind being served targeted ads, although the answer depends somewhat on how that question is framed. And if Twitterers do object, the company might simply let them opt out. “I think there is a way for them to make money and respect privacy at the same time,” says EPIC’s Jacobs.