I see there’s some discussion of Twitter today on the blogosphere. I’m going to use it to make the most outlandish point possible. Watch as I attempt this death-defying feat.

Ahem. So Nick Beaudrot gave up Twitter for Lent. And he liked it! “After two days without Twitter, I barely missed it; by the second week, I was downright happy not to be thinking about ‘staying on top’ of my feed.” Ezra Klein says “amen”:

The problem isn’t Twitter, exactly. Twitter, like so much else, is excellent when consumed in moderation. But it’s also an unusually addictive product, and it has certain unusual properties that help it crowd out other information streams.

….[Compared to those other information streams,] Twitter elicits a more poisonous information anxiety. It moves so fast that if I’m not continuously checking in, I completely lose track of the conversation — and it’s almost impossible to figure out what happened three hours ago, much less two days ago. I can’t save Twitter for later, and thus there’s always a pressure to 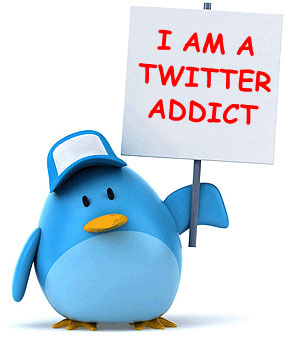 check Twitter now. Twitter ends up taking more of my time than I’d like it to, as there’s a constant reason to check it rather than, say, reading a magazine article.

It’s not just Twitter. It’s broader than that. Within the verbal, well-educated, politically conscious social group that most bloggers belong to, we’ve always been expected to keep up with things. The problem is that “keeping up” increasingly means being surrounded by an endless torrent of tweets, texts, blogs, and Tumblrs demanding our attention. With traditional physical forms of news consumption no longer acting as natural limits, the risk of relapse into obsession is never more than a ringtone away, with nothing but raw self discipline as our last line of defense. Modern social norms don’t allow us to turn this stuff off completely, but for those of us who are vulnerable to this kind of addiction, ever advancing technology conspires to turn us into nervous wrecks if we don’t.

You may or may not feel much sympathy for this problem. I don’t, because I don’t have any problem limiting my news consumption. I dip into Twitter whenever I feel like it, I don’t bother with Tumblr, and I mark all my RSS feeds read at the end of the day whether I’ve actually read them or not. For lots of people, though, it’s not that easy. It’s a real headache.

So here’s my outlandish point: if you do feel any sympathy for this problem, you should probably also feel some sympathy for conservative warnings about the breakdown of traditional social norms. In our own social group (verbal, educated, etc.), we tend to look at things like declining marriage rates and easier access to drugs as generally neutral or positive. That’s because we mostly have the self discipline to regulate our own behavior even when laws and norms loosen up, and we have robust social networks to help us out if our self discipline breaks down. But that’s not universally true in every social group. Many of the things that seem harmless to us—the way Twitter seems harmless to me—are real problems for people with poor educations, poor impulse control, and weak social networks.

We probably don’t think about this as much as we should, and conservatives don’t help by crying wolf over every single social change they happen to dislike. But it’s something to think about anyway.