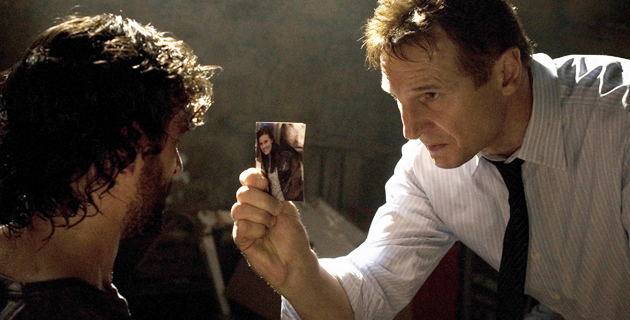 Actor Liam Neeson—recently famous for playing a good-natured CIA torturer who massacres ethnic stereotypes who’ve kidnapped his daughter—has a long history of working with the United Nations Children’s Fund (UNICEF). In 1997, Neeson was the celebrity face of Change for Good, a partnership between UNICEF and international airlines. Since then, he has traveled to Mozambique in support of HIV and AIDS prevention programs, and became a UNICEF Goodwill Ambassador in 2011.

And this week, UNICEF began promoting their new public service announcement starring Neeson. The PSA is part of a campaign to combat violence against children around the world, from gang rape to cyber-bullying. “As a UNICEF Goodwill Ambassador, I have long followed the issue of violence against children and the devastating impact it has on children, families and communities,” Neeson said. “It was a topic that became increasingly real to me as a child growing up in Ireland and during the filming of Taken, which focuses on one aspect of violence and abuse against children in the form of trafficking and sexual exploitation.” (Neeson has lent his time and celebrity to a number of causes and charities, including that time he stripped almost completely naked to raise money for breast cancer research.)

“By generously giving his time and talent…Liam Neeson helped garner attention to UNICEF’s #ENDviolence initiative,” Marissa Buckanoff, a spokeswoman for UNICEF, told Mother Jones in an email. “His compassion and dedication to the issue will make a real difference in children’s lives as this powerful video message is one more way to urge everyone…to join forces and make the invisible visible and help stop violence against children.”

Other celebrity Goodwill Ambassadors include “Twitter Nazi hunter” Mia Farrow and Orlando Bloom. UNICEF works with famous entertainers on a regular basis; for instance, pop singer Katy Perry traveled with the organization to visit slums and villages in Madagascar earlier this year.