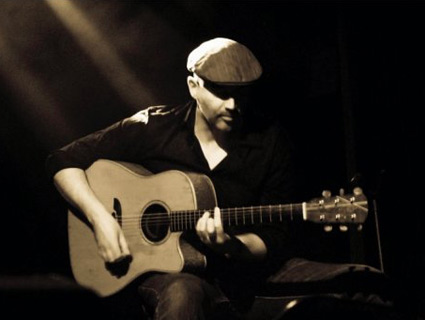 France’s Olivier Libaux is one of the leaders of the group Nouvelle Vague, which specializes in lounge-tinged covers of such New Wave oldies as “I Melt with You” and “Love Will Tear Us Apart.” Here he trains his revisionist eye on a current artist, turning down the heat in similar fashion on a dozen Queens of the Stone Age originals with the approval of Queens mastermind Josh Homme (who is not otherwise involved).

Nouvelle Vague albums sometimes seem like high-concept (albeit amusing) gimmickry, but Uncovered works nicely. In contrast to the Queens’ hard-rock stomp, the understated arrangements underscore the dramatic melodies, while the 11 women enlisted to sing mostly evoke a sense of alluring retro cool, even if Libaux’s mellow settings tend to blur the chanteuses’ differences. 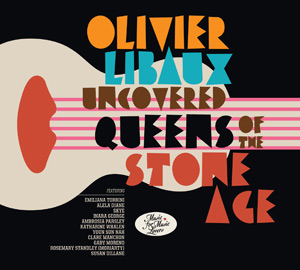 In any case, standouts include Guatemala’s Gaby Moreno, Ambrosia Parsley of Shivaree, Iceland’s Emiliana Torrini (sounding less Bjork-like than she often does on her own albums), and especially Inara George (The Bird and the Bee). George is the only vocalist who performs on two tracks, and her studied detachment on “No One Knows” and “Hangin’ Tree” might induce chills.

Libaux could probably have a field day with other unlikely source material. What’s next? A Hank Williams tribute maybe?