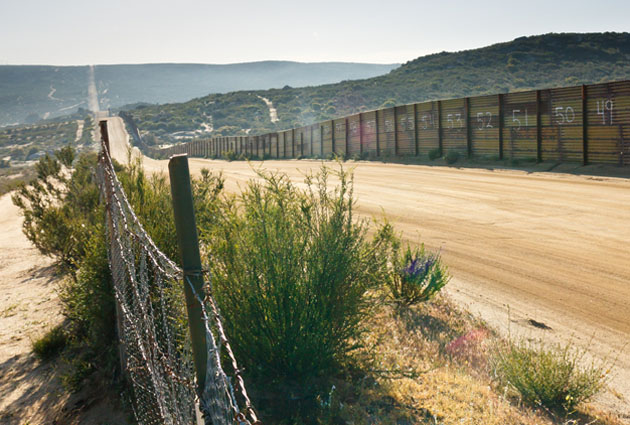 As the Senate immigration bill enters its second week of floor negotiations and the House begins marking up its bill, much of the debate will center on how border security can be further expanded and better enforced. That means more deal-making. It also means a lot of money—the current bill already calls for $4.5 billion in additional border security, with few specifics on how, exactly, it will be managed. That’s consistent with the billions of dollars in federal money that states have already spent since 2003, when the Department of Homeland Security began doling out grants for border security efforts. The money’s also been spent in a variety of other ways, largely due to scant oversight.

In a 2010 report in the Boston Review, journalist Tom Barry revealed how Texas Gov. Rick Perry has supplemented DHS funds with millions more from the state Legislature and from the Justice Department, which provided aid for law enforcement agencies through President Obama’s stimulus package. As a result, border counties, many of them sparsely populated and otherwise struggling economically, have received millions of dollars to amp up security with federal funds. But local law enforcement officials have had other ideas for the money, too, like padding their wallets with overtime cash, doing deals with drug traffickers, and raising irrational fears about Al Qaeda and even Chinese soldiers south of the border.

Similar stories have played out in other border states. In 2009, the Arizona Daily Star published the results of a seven-month investigation into Operation Stonegarden, a DHS Federal Emergency Management Agency program that provides millions of dollars in grants to border states throughout the United States, criticizing the program for its “little tracking of how the money is spent, no clear objective, and no benchmarks for success.” The Star explained that the program gives states an increasing amount of money each two-year grant cycle based on the assumption that it has been improving security—but, as the paper noted, “the agency can’t prove that because it didn’t establish a standard of success.”

The immigration reform bill in the Senate doesn’t provide a lot of clarity with that: It would simply give DHS six months to unveil a plan to surveil the entire southwest border that ensures a “90 percent effectiveness rate” in stopping illegal crossings. If those goals aren’t met in five years, a commission would be formed. All of that means more money on a border security program that critics, pointing to recent drops in immigration, say is already adequately funded.

Below, you can hover over the map points for a few examples of waste and abuse associated with federal border security funds.