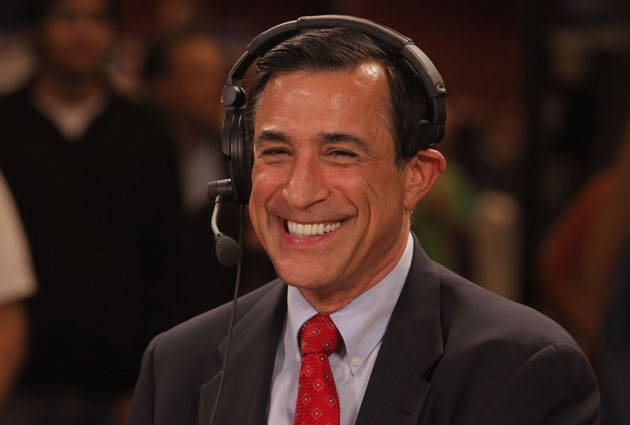 What does the IRS scandal have to do with the recent disclosures about National Security Agency surveillance programs that sweep up phone records and internet communications? The answer doesn’t involve President Barack Obama thuggishly conspiring to spy on political foes and average Joes. But the two controversies have this in common: congressional oversight. The NSA leaks underscore the compelling need for vigorous and extensive monitoring of secret government action by congressional leaders who are elected to look out for the public’s interest. The trumped-up IRS scandal shows how many of those leaders cannot be trusted to take their oversight duties seriously.

In recent weeks, Republican leaders in Congress have waved the banner of oversight, as they have attempted to turn the Benghazi tragedy and then the IRS revelations into partisan fodder. Instead of responsibly probing significant questions of government malfeasance or nonfeasance (did IRS vetters inappropriately target right-wing groups, and did the State Department fail to provide adequate security for its Benghazi facility?), the GOPers whipped up frenzied anti-Obama narratives that crumbled once facts emerged. The White House release of emails undercut Republican claims of a Benghazi cover-up. And Rep. Elijah Cummings’ release of an interview with an IRS manager indicated that GOP accusations of White House involvement in the heightened scrutiny of tea party groups seeking nonprofit status were based on…nothing.

A more telling case study is Rep. Mike Rogers, the chairman of the House Intelligence Committee, who demonstrated just how far off the rails a legislator in whom the public must place its trust can go.

A month ago, Rep. Darrell Issa (R-Calif.), the chair of the House Oversight Committee, claimed that the IRS scandal entailed “the targeting of the president’s political enemies” and White House “lies.” His brethren issued similarly breathless declarations. Rep. Hal Rogers (R-Ky.), chair of the House Appropriations Committee, referred to “the enemies list out of the White House that IRS was engaged in shutting down.” And Rep. Dave Camp (R-Mich.), chair of the Ways and Means Committee, asserted, “we know” the IRS affair “didn’t originate in Cincinnati,” where the out-of-line vetters were based. All this white-hot rhetoric suggests Issa and the others cannot engage in the sort of reasonable, responsible, and nonpartisan oversight activity that is necessary if the executive branch is allowed to conduct sweeping surveillance that has the potential for abuse.

Issa, Rogers, and Camp have not demonstrated the credibility that is required of lawmakers whom the public must rely upon to ensure the government is functioning effectively and responsibly, especially when it mounts highly covert operations. To be fair, none of these men are directly charged with watching over the snoops and spies of the intelligence community, but they do undermine the overall notion of congressional oversight. A more telling case study is Rep. Mike Rogers (R-Mich.), the chairman of the House Intelligence Committee, for he has demonstrated just how far off the rails a legislator in whom the public must place its trust can go.

This past weekend, on Face the Nation, Rogers veered from discussing the NSA leaks to talking about the IRS controversy. The IRS affair, he insisted, “clearly showed some criminal behavior that at least we know was back at 1600 Pennsylvania Avenue.” Wait a moment: Rogers was tossing out fake GOP talking points claiming Obama’s crew had broken the law in the IRS mess.

When host Bob Schieffer asked Rogers if he was connecting “criminal activity” to the White House, Rogers replied:

No. What I’m saying is the White House themselves have admitted that people in the White House knew about this behavior, and I think that investigation is still ongoing. Clearly, when the government in any way, shape, or form uses its power to intimidate citizens who are donating to whatever their political belief—Republican or Democrat—that’s a criminal activity. And the fact that initially was said it wasn’t at the White House, and later said, well, people did know at the White House, so it’s clearly gotten to the front steps.

Rogers was being sly—and disingenuous. He had claimed criminal activity had occurred at the White House. When called on that, he shifted his argument and asserted that the White House had been aware of the IRS wrongdoing—and had admitted being aware.

That was not accurate, either. The issue of White House awareness has focused on when Obama and his aides learned of the internal investigation of the alleged IRS wrongdoing. Last month, White House press secretary Jay Carney outlined who at the White House knew what—and when they knew it—about the inspector general inquiry into the IRS scrutiny of conservative groups. Carney noted that the first the White House had heard of anything related to the IRS screwup was when the president’s counsel in April was informed that a report on this matter was being finalized. This was a full year after the alleged misconduct had stopped.

Rogers was mangling the known facts and conflating White House knowledge of the report with concurrent awareness of the improper activity. Either he had not paid attention to the public record, or he was purposefully concocting a way to slam a political opponent. Whatever the case, this episode is reason to be wary of Rogers’ ability to provide evenhanded oversight.

Since the NSA story broke, Rogers has been front and center, vouching for the surveillance programs and insisting that the system of checks and balances that governs clandestine surveillance works. And he is one of the most important cogs in this oversight machine. In theory, the president and his intelligence agencies are only allowed to engage in secret operations because Rogers and other elected officials in the legislative branch of the government keep a close watch on the cloak-and-dagger gang and tell the rest of us that all is kosher. But with Rogers engaging in partisan hackery (on the IRS issue), his word (on NSA surveillance) is not worth that much. And that’s a problem. If the overseers within Congress cannot be trusted on public matters, how can the American citizenry believe them when they say it’s okay to trust the dark-shadows crowd?